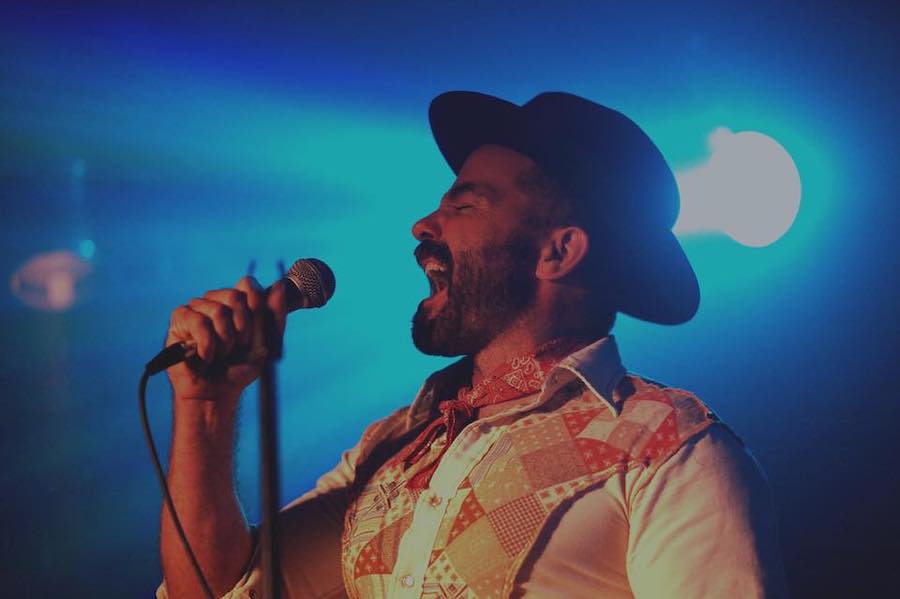 With a sound steeped in the sunlit tones of Laurel Canyon, the mid 60’s pop and R&B of the Brill Building, and the lo-fi synths of early prog rock, Los Angeles resident Steve Taylor makes cinematic, impressionistic psych-folk that pushes the envelope of the singer/songwriter genre. A multi-instrumentalist with a remarkably diverse background, he’s been tapped to play with everyone from LA electro soul group Rhye to bass prodigy Tal Wilkenfeld. He’s steadily recorded his new opus, “The Land of Milk and Honey”, in between international tours and recording gigs. A sparse, moody, and soulful record, it is full of ruminations on the search for an idyllic paradise amidst the chaos and loneliness of modern day life. Sonically, you will find layers of vintage organs, pianos, analog synthesizers, and dead drums, creating a sound that’s both modern and thoroughly informed by 70’s AM rock.

​Influenced by Crosby, Stills, Nash & Young, Nick Drake, and Joni Mitchell, his last album “Has the Size of the Road Got the Better of You?” was recorded at home and at the venerable Tiny Telephone Studio in San Francisco. The record showed the expanded influence of gospel music, something he explored while he was a guitarist and organist at a number of prominent African American congregations in the San Francisco Bay Area.

​Performing solo and with his band, Steve has played hundreds of shows, including headlining slots at The Independent and The Chapel in San Francisco, The Echo and The Hotel Café in LA, and The Hope & Anchor in London. An avid busker, he has made many fans the old fashioned way, through singing his heart out and pounding out his songs on his portable Helpinstill piano, an electrified acoustic remnant from the 70’s.

​In addition to being an active solo artist, Steve has played as a singer, keyboardist and guitarist with an incredibly diverse range of collaborators, including Rhye, Skylar Grey, Lauren Ruth Ward, Duane Betts, Rogue Wave, Nicki Bluhm, and members of the Grateful Dead, CAN, Guns n Roses, The Edwin Hawkins Singers, Deathcab for Cutie, and The Dirty Projectors.

“Steve Taylor’s dreamy, folky, solo songs recall a long lost time… resonate with sun-flared AM radio gold of the early 1970s as vintage tones warble from an old Wurlitzer while acoustic six-strings intertwine with the watery notes of a lazy electric slide guitar under Taylor crooning like a young Graham Nash.” – iTunes

And his music and albums at:

“…the new album finds Steve combining passions of acoustic, electric, and prog-variations that present the rich arranged album he has alluded toward for years.

Taylor’s keen understanding of 70’s songwriter tricks of composition and well placed care burst like lightly warped VHS tapes of vintage Fourth of July pyrotechnic exhibitions on Fireworks, to the deep soul searching that reaches beyond the mythological metaphors on the title track, The Land of Milk and Honey.” – Impose Magazine

“To Be Graced is a dreamy acoustic number, that showcases Taylor’s wide range of musical influences from Brazilian jazz to psych-folk to classic rock.” – Exclaim!