Making Peace, One Movie at a Time, with Guest Emmanuel Itier and Musical Guest Darrell Leonard on The LIFE CHANGES Show #498 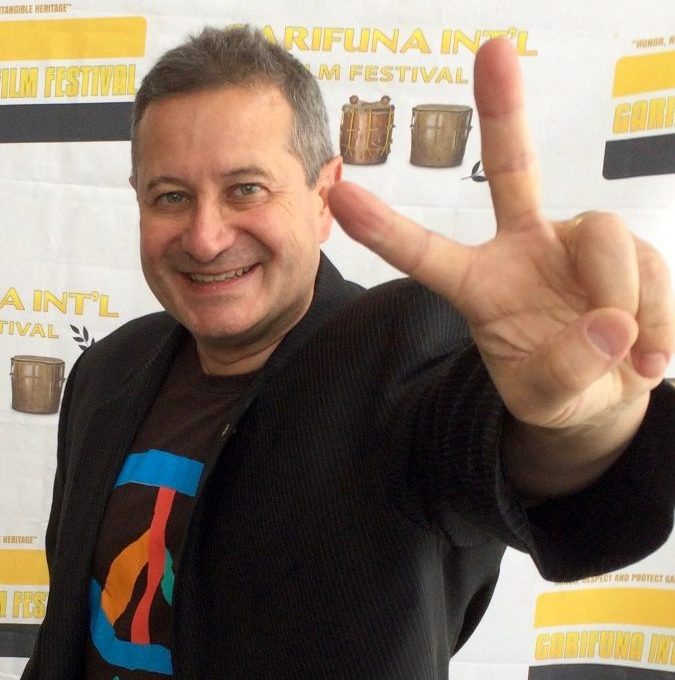 An experienced feature film Producer, Emmanuel Itier directed several pictures before completing in 2012 the Peace documentary ‘The Invocation’ narrated by Sharon Stone and staring Desmond Tutu, HH The Dalai Lama, Deepak Chopra as well as many worldwide peace activists. In 2013 Mr. Itier executive-produced a Drama filmed in Hong Kong: ‘Red Passage’ which won many Awards in the Festival circuit.

Emmanuel Itier has also been a successful Music and Film journalist for both Rock Magazines, French TV networks and various websites for the last twenty five years. Finally Itier has been a buyer for many French and American Film distribution companies for the last twenty years. He was on the board of directors of the Santa Barbara Film Festival for a decade and he writes poetry. He is also very involved with charities and the political world. Mr. Itier seats on the board of Directors of ‘Darfur Women Action Group’ in an attempt to bring Peace to Darfur. He is also the current President of the Rotary E-Club of World Peace ( RotaryEclubofWorldPeace.org ) and he is a member of the U.N Association.

Mr. Itier grew up in France and he moved in the USA thirty years ago. He resides in Santa Barbara, California with his wife and three sons. Finally Emmanuel Itier released in 2014 another inspiring documentary Celebrating Women around the planet: ‘FEMME-Women healing the World.’ This Documentary earned over 20 Awards around the World.

Late 2017 Mr. Itier completed his third feature Documentary: ‘Shamanic Trekker’, about shamanism in Peru. Mr. Itier is now about to release two more documentaries in order to keep “Making Peace, One movie at a time.” These films are part of a series called ‘The Oneness Collection: Documentaries for a conscious Humanity.’ The first one is called ‘The Cure: Healing The Mind, Healing The Body, Healing the Planet’ to be distributed mid 2018 and by the end of this year the political loaded Doc: ‘We The People: A Re-Evolution of Economics and Politics’ is sure to shake the system.

More about Emmanuel Itier and Wonderland Entertainment Group at: wonderlandentgroup.com