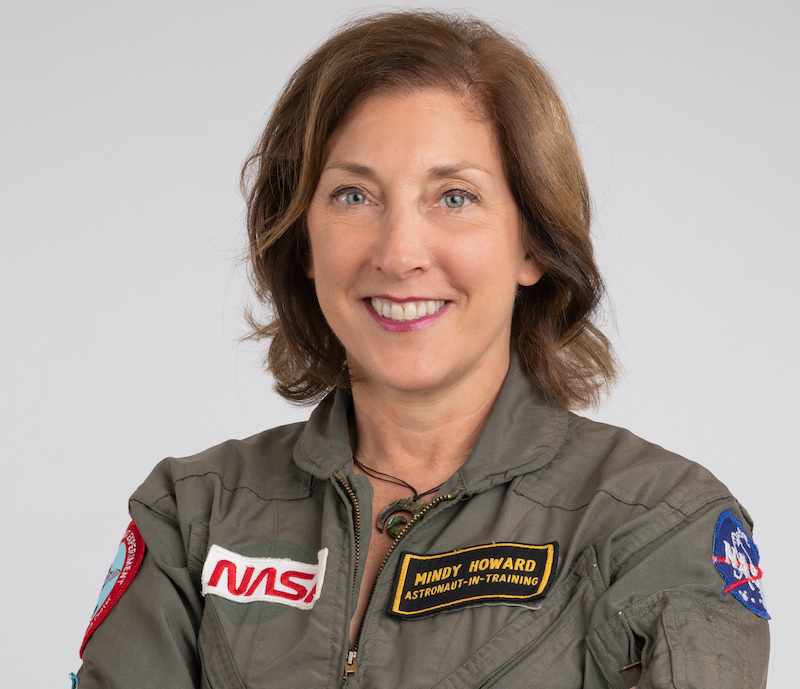 Dr. Mindy Howard is symbolic of someone who has set out to passionately achieve her dreams and is reaching the uppermost heights in her chosen field.

Now living in the Netherlands, Mindy’s life ambition was always to become an astronaut. Narrowed down from thousands to the last 200 candidates, she was selected by NASA as a “Highly Qualified Astronaut Candidate”, following the conclusion of her Ph.D. Despite not making the final selection to become an astronaut, she refused to let her dream go without a fight.

After leaving the oil industry, Mindy decided to reignite her dream and begin her training to become a commercial astronaut while undergoing 6Gs in a human centrifuge. It was when she saw others in the training struggling in the centrifuge, that she saw a need to help commercial astronauts psychologically prepare for the rigours of space flight.

Striving towards her goal of becoming an astronaut, and wanting to help others do the same, Mindy harnessed her academic and professional skills to create the first and only psychological space training for commercial astronauts, called “Inner Space Training”, in the emerging field of commercial space. In addition, Mindy is working for Blue Abyss Ltd., the world’s first commercial astronaut training centre as the Director of Inner Space Training.

As one of the few commercial astronaut trainers in this new field, she has been asked to accompany a team of people who will win a “once in a lifetime” trip to space by a worldwide competition.

A fully trained flight member for the Association of Spaceflight Professionals, Dr. Howard has also written and presented publications on a variety of subjects at various international scientific and space conferences. Her extensive knowledge has resulted in appearances in the media, both on national TV, Discovery Channel, Travel Channel, Dutch TV and radio as a “space correspondent” both in the United States and in Europe. She is also a TEDx speaker with the title, “Train your fear away, like an astronaut”. She has just recently published her book called, Blast Off! Train like an astronaut for success on earth.”

“Blast Off! Train like an astronaut,” is the first book to use the techniques of commercial astronaut training to help people right here on earth maintain the anxiety-free emotional equilibrium and sustained mental focus needed to successfully overcome the day-to-day challenges and obstacles in their personal and professional lives.  Lastly, she was a Guest Lecturer at the International Space University.

Mindy loves speaking both to adults and children about and helping people become high performing individuals who can achieve peak performance, and also can create the conditions to enable a peak experience, like the “Overview Effect”. Her talks and training are not only valuable for people training to go to space but also for high performing individuals, STEM students and executive teams. Mindy helps individuals learn how to get in flow and be more mindful of the present moment, so that they can enjoy their lives more and enable them to achieve their dreams.