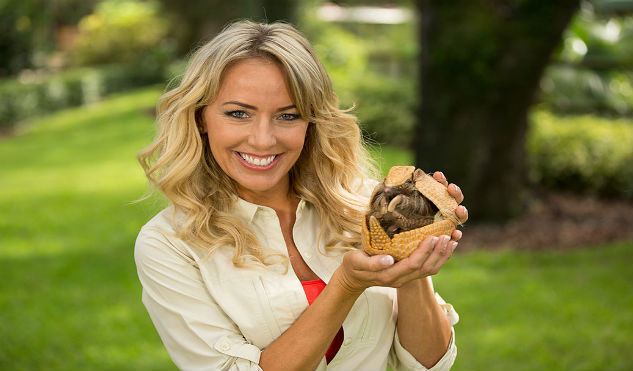 Loving The Wild Life with Guest, Host of the Emmy Nominated ABC Weekend Animal Series, “The Wildlife Docs,” and Former Host of the Number One Design Show on HGTV, “Designed To Sell,” Rachel Reenstra, and Musical Guest a Solo Artist in His Own Right, and Lionel Richie’s Guitarist, Ben Mauro on The LIFE CHANGES Show

Rachel Reenstra is the host of the fun, EMMY NOMINATED ABC weekend animal series “The Wildlife Docs”. Because of her skill at entertaining, and passion for animals and adventure, she previously starred in her own series on Animal Planet in a show called “Ms. Adventure” where she traveled the world comparing animal and human behavior.

Although finding animals to be the smarter of the species, she also has extensive experience with humans. She has a masters in Psychology, she hosted the number one design show on HGTV “Designed to Sell”, and in her extensive career she continues to appear in sitcoms, films, national commercials, and many, many voice-overs.

If there remains any time left over, you will find her performing stand-up comedy, inspiring audiences and emceeing large events all over the country.

Growing up in Michigan, Rachel Reenstra had no idea what to do with her life other than make people laugh and make life an adventure. After 10 years of plugging away at acting in Los Angeles, she landed her own series on Animal Planet called Ms. Adventure, where she traveled the world comparing animal and human behavior. Reenstra has been active in almost every kind of acting, including starring in dozens of sitcoms, commercials, voice-overs, hosting shows and performing stand-up comedy. When she wasn’t busy acting or traveling the world, she went back to school and earned a master’s degree in spiritual psychology. In addition, she spent her spare time as a life coach and relationship consultant. She plays guitar, banjo and counts among her special skills her ability to laugh at anything, especially herself.

To Learn More About Our Guest Rachel Reenstra Visit www.rachelreenstra.net or