Listen To Your Heart, There’s An App For That, with Guest Stephen Linsteadt and Musical Guest Rachel Lynn Sebastian on LIFE CHANGES – Radio Show #310 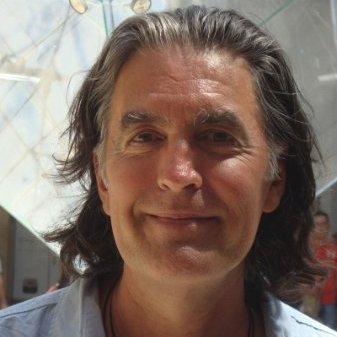 Listen To Your Heart, There’s An App For That with Scalar Heart Connection Founder Stephen Linsteadt and Musical Guest Rachel Lynn.

Stephen Linsteadt is an author, poet, painter, and a student of the heart. He studied Resonance Repatterning® with Chloe Wordsworth and the Yuen Method with Kam Yuen. He is grateful for the knowledge he has received in the form of personal communication with James Oschman, Rod Johnson, and Jeff Volk. He is also appreciative of the information acquired from attending lectures by Fritz Albert Popp, Valerie Hunt, and Bruce Lipton. Stephen is an avid book-student of Carl Jung, Wolfgang Pauli, Hans Jenny, David Bohm, Milo Wolff, Joseph Campbell and many others. In addition, he is an ardent reader of Eastern Philosophy and world religion.

In 2002, Stephen developed the Quantum Healing Codes™ from the discoveries of Joseph Puleo. Scalar Heart Connection™ evolved from his understanding of the geometry behind these codes as well as figure-eight techniques used by Tibetan monks.

Stephen is the co-founder of Natural Healing House, dedicated to providing exceptional quality Natural Products for home and body!

Stephen’s paintings are featured in the anthology Woman in Metaphor, a collection of twenty-seven poems from twenty-seven accomplished poets who were inspired by Stephen’s work.

To Learn More About Stephen Linsteadt Visit His Website at www.StephenLinsteadtStudio.com

“High School Musical 2” vocalist, Rachel Lynn Sebastian, has proven not only a competitive professional, but also a natural and powerful international artist.

She stems from rural Oregon and has been proclaimed “Adele’s competition” by Hollywood Life T.V..

Rachel Lynn began her musical journey in the old town school of folk music: the campfire sing-a-long. She was introduced early on to the voices of Anne Murray, Amy Grant, Neil Diamond and the Mamas and the Papas. Then, as a jazz pianist and vocalist in her late teens, and as a member of the University of Oregon’s elite GOSPEL SINGERS group, she gained an additional edge in shaping the essence of her music.

Most recently, in 2013 Rachel was awarded a spot to play on the VANS WARPED TOUR in Portland, Oregon. She also was the overall winner of the first season of Jacob’s Eye Entertainment’s talent competition, “Up and Comin” and was the featured artist at MGM Grand in Macau, China with Soul Republic Band for an extended contract.

In between tours, Rachel Lynn Sebastian lives and loves Los Angeles where she records as a pro studio/session singer & vocalist and songwrites for T.V., Film and select artists. But most importantly, she continues to live her dream as an internationally acclaimed artist.

Rachel Lynn’s unforgettable voice, climactic performance and powerful lyrics are yours to access. Stay tuned for Rachel’s new LA-based sexy top-40 project and for your chance to be a part of the dream: your dream.