The Sustainability Revolution with Guest Kevin Vickery on Life Changes With Filippo S1:E5 (2009) 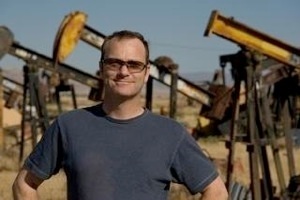 Kevin Vickery is the Co-Producer of “Fuel,” winner of the Sundance Film Festival and a film the Los Angeles Times says is “a vital, superbly assembled documentary.”  To learn more about “Fuel” and be part of the sustainability revolution visit www.theFUELfilm.com.

He began his communications career at Fleishman-Hillard in New York City where he worked on projects for Mass Mutual, MasterCard and Novo Nordisk. His public relations experience is spread across the corporate-consumer, entertainment and not-for-profit sectors, and he has implemented national and international media campaigns.

As Communications Director at the UCLA AIDS Institute he worked with national AIDS service organizations to de-stigmatize HIV testing, created a partnership with the Magic Johnson Foundation to develop a peer-to-peer educational program, and helped bring focus to women living with HIV disease through his support of The Well Project.

He was part of the national environmental communications team for the film “Arctic Tale” from Paramount Classics. As Co-Producer on the biodiesel/green energy documentary film “Fuel” (2008 Sundance Film Festival Audience Award for Documentary), Kevin was responsible for raising capital and creating strategic partnerships with some of the most innovative renewable energy companies in the world. The technologies represented by these companies include phytoremediation, biomass, algae, solar, syngas/biogas and biodiesel.

Kevin received his education at The Julliard School and is based in Los Angeles.