Life, Music, and Hopes for the Future, with Guest Kerli Koiv on Life Changes With Filippo S1:E4 (2009) 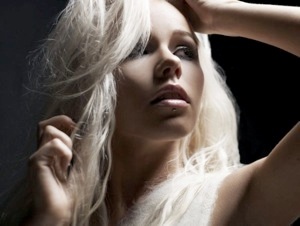 International Platinum Selling, Award Winning Pop Star Kerli talks about her life, music and hopes for the future of the world.  Learn more about Kerli at www.myspace.com/KerliMusic.

I don’t like writing about myself, but I’ll try
I’m from Estonia, nobody knows where it is. And it doesn’t really matter either.

But I’ve started to appreciate my roots more since I started traveling a lot and recording this album. When I was little, my country was under the occupation of Russia. And they have this saying in Russia “If u don’t beat them up, u don’t love them.”  So, I grew up being loved, but being treated like shit. Nobody respected their kids. And it’s amazing, cause it made me really strong and I feel like I’m able to see things in many different ways because I’ve seen people living and thinking in many different ways.

I always felt like an alien. I didn’t belong there. I knew where I wanted to be but I had no idea how to get out of there. People had no hope, no belief in things.

Yesterday, I walked across the street with a friend and she said “everything is what we believe it is. This street is here right now because we believe that it’s here”. And she is so right, I’ve always looked at things this way. And I’ve programmed my energy in a right way to get what I want…No, not really..it’s not about what I want…It’s more like…I’ve always felt like I had a mission..Like there was something I needed to say. But it’s not about me at all, I feel like I’m a little tool of god. Like a servant of something bigger. I just have the opportunity to be able to put what I’m shown into music, and deliver it to people. To make somebody smile, maybe change their mind before they start to kill themselves. Whatever. There’s something. At least I know that I am not doing music so I could pamper my ego with all the fake shit in the world. Like fame and money and admiration.

These are dead values

And what’s the point of chasing this and being miserable inside. We are gonna die anyway. Yes we are. And the world will be gone and there will be nothing left.

So, why are u in this world?