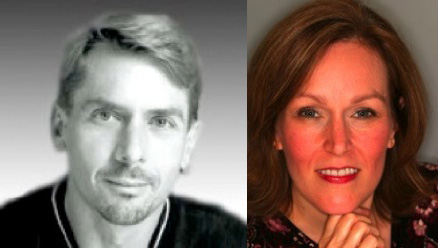 Kelly Woodruff and Christine Upchurch are two of only three authorized Reconnective Healing Instructors in the world.  Discover why hospitals and universities around the world are investing time and money in an attempt to explain these healings.  They will change the way you look at “healing.”

Reconnective Healing has been presented at the United Nations, Madison Square Garden in New York City, and it has been featured in The New York Times and most recently in the new film, The Living Matrix.

The Reconnection has taught this new level of healing to over 60,000 people in more than 70 countries and it has been documented in six books to date, including the international bestseller, The Reconnection: Heal Others, Heal Yourself by Eric Pearl, now published in over 30 languages!

As a doctor, Eric Pearl ran a highly successful chiropractic practice for 12 years. Then one day, his patients began reporting that they felt his hands on them – even though he hadn’t physically touched them. Patients soon reported receiving miraculous healings from cancers, AIDS-related diseases, epilepsy, chronic fatigue syndrome, multiple sclerosis, rheumatoid and osteoarthritis, birth disfigurements, cerebral palsy and other serious afflictions. All this occurred when Eric simply held his hands near them – and to this day, it continues.

Kelly Woodruff, one of only three authorized Reconnective Healing Instructors worldwide, is a Florida native and now resides in New York City.  He has been a Reconnective Healing practitioner and teacher for six years and is excited to be part of the team bringing this revolutionary work to an international audience. Kelly’s personal journey of discovery led him to this wonderful new work after a career in theatre and on Broadway.  In addition to teaching worldwide, he currently owns an architectural and interior design firm, as well as a thriving Reconnective Healing practice in New York.   Kelly invites you to step into your own mastery and expand your life with these amazing new healing frequencies.

Christine Upchurch, M.S. is a Reconnective Healing Instructor who travels the world helping to empower others to come into their mastery as healers.  A former statistician in medical research, she now has the honor of being one of only four Instructors internationally, and has had the privilege of helping to educate thousands of new practitioners.   In addition to teaching at seminars, Christine also loves to share her knowledge of healing with the public; she has had numerous articles published and has appeared on radio shows such as “Science Meets Spirituality” and “The Dr. Pat Show.”

Christine is also the founder and director of the Northwest Reconnective Healing Center in the Seattle area, which is where she has her private healing practice when not traveling the globe educating and inspiring others.

Christine will talk about the amazing work called Reconnective Healing, which world-renowned scientists have shown is new, real, and much more than energy healing.  She will share some healing stories which demonstrate the power of this work to affect our physical, mental, emotional, and spiritual states.  Christine will also explain how simple it is to access these frequencies for your own healing & evolution.