The Unseen Principles Behind All Healing Arts, with Guest Dr. Stephen West on Life Changes With Filippo S1:E24 (2009) 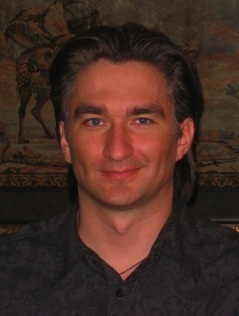 Dr. Stephen West, DL, PMD, doctor of Lymphology and doctor of preventive medicine, is one of America’s most influential health experts.

He has developed and refined many health training and education programs.

Learn what the “Hidden Treasures of Knowledge” really are – the unseen principles behind all healing arts and all personal development.

He will change the way you look at “health.” Stephen is one of America’s most influential health educators.

With over two decades of experience, he has developed and refined many health training and education programs.

Stephen was born in Arizona, a son of internationally famous Dr. C. Samuel West, who dedicated his life to save lives.

His father was the first person in the world to give public lectures on the lymphatic system. He lectured in approximately 200 cities per year (about five to six cities per week) for seventeen years.

Since graduating from college in 1993, Stephen has been invited to participate on several radio and television spots, representing the healthy living research, with and without his father.

Stephen has since developed many new solutions, improved processes, and educational materials.

In 1993 Stephen took the initiative and challenge of helping zero convert AIDS victims.

Zero converting means that the lymphatic system had purified their bodies to the point that the HIV antibodies didn’t even show up in their HIV blood screening tests.

In 1995 Stephen was a participant of the International Congress of Lymphology in Sao Palo, Brazil, where he and his father gave two presentations:

The Cause Of A.I.D.S., How The H.I.V. Virus Kills, And How To Stop It, and How Energy From Various Sources Can Activate The Lymphatic System To Heal The Body.

At the same time, his father was honored to accept the assignment of Chairman over these and many other doctors’ presentations at this Congress.

There Stephen also met many of the top medical research scientists and lymphologists in the world, including past presidents of the society, Dr. Waldemar Lech Olszewski of Poland and Dr. Mario Degni of Brazil, who were on his father’s advisory board until he died.

Even though the Lymphatic System is one of the 12-14 systems in the body, not one course on Lymphology is being taught in any University, Medical School, or any other College in the USA.

Even though the lymph vessels are more extensive than the blood vessels and there is more lymph than blood in the body, for every 200 pages in all the medical textbooks of Anatomy, Pathology, and Physiology, there is less than one page dedicated to share information about the lymphatic system.

This neglected area of research lays the scientific foundation of all the healing arts and reveals why it’s possible for people to heal themselves without drugs, surgery, or medication of any kind.

Due to the combination of skills, accomplishments, and experience, in 1998 Stephen’s father asked him to fill his shoes as the Executive Director of his academy, with responsibility over all the technical aspects of educational materials and programs.

Stephen had been diligently developing new materials since 1993, so he easily accepted this responsibility as the new version of the Applied Lymphology Course (ALC) went through it’s biggest revision in history.

Stephen has a reputation for generating many live success stories wherever he speaks on the subject of Lymphology.

Stephen is the first and only person in the world to teach a process designed to produce and transport your own adult stem cells to wherever you need to update your genetic data to it’s perfect divine blue print, without products, and without transplanting someone elses blue print into your body – called the Power Stem Cell™ technique.

He says he was inspired with this process and he taught it for the first time while being recorded on video in April of 2006.

In May of 2007, Stephen said he was enlightened with a process that enabled him to produce what he calls Instant Mass-Healing™ – which he has been demonstrating on a regular basis in introductory events ever since, producing the same types of results every time.

This process is only done with everyone’s permission and seems to simply be a matter of the right combination of inspiration, education, and experience.

Will Green, Founder of the International Massage Association, and an advocate of Stephen’s work, gives Dr. C. Samuel West credit for his success as being the first person in the world to make a million dollars as a Masseur.

Anthony Robbins is a leading authority in Personal Development.

He was a student of Dr. C. Samuel West’s from the time he was living in a cubicle and did his “walk” which began his success.

The Applied Lymphology Course also lays the scientific foundation of all personal development.

Leading by example, Stephen is completing his plans to build up and formulate the training programs, talents, and teams, which will move this life changing work forward in a quantum leap.

Interesting enough, on the subject of Math, Stephen came up with “A Mathematical Phenomenon“.

It’s true purposes and functions have yet to be discovered.