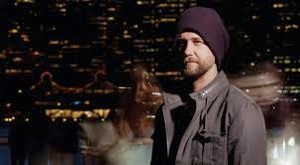 Jonas Woke Up, What About You? Film Synopsis Jonas Elrod was leading an ordinary life until he woke up one day to a totally new reality. He suddenly could see and hear angels, demons, auras and ghosts. The documentary WAKE UP follows his fascinating story of an average guy who inexplicably developed the ability to access other dimensions. With his loving but skeptical girlfriend, Mara, by his side, Jonas crisscrosses the country as he searches for answers and delves deeper into this thrilling world of the phenomenal and spiritual. Along the way, he encounters an amazing group of physicians, religious teachers, scientists, mystics and spiritual healers who help him piece together this intricate puzzle.

The film WAKE UP shows how all of us can search inward for our own peace and happiness while exploring the global consciousness that connects us. WAKE UP is a call to consciousness to everyone who sees it; an invitation to accept that there is more to this life than meets the eye. www.wakeupthefilm.com WAKE UP recently made its’ worldwide television debut on the Oprah Winfrey Network’s Super Soul Sunday. Biography Jonas Elrod grew up in the south listening to people tell the most fascinating stories. Storytelling became his passion leading him to become a filmmaker. After moving to New York, he got his start at the award winning production company Rockhard Films.

During his time there, Jonas worked on all aspects of production ranging from Director, Producer and Editor.

Focusing primarily on music videos and commercials, he worked with top artist and clients including Jay-Z, Justin Timberlake, Spike Lee, Nike and ESPN. In the winter of 2003, Jonas began producing his first feature documentary BEARS.

On this project he traveled across the country for two years, shooting over 200 hours of footage. After eight years behind the camera he certainly didn’t expect his next project to be his own story.

His second documentary, WAKE UP, follows him on a personal journey looking for truth and meaning after experiencing a very radical and surprising spiritual awakening. He also directed and composed music for his film.