Popular Shows
Home Archived Keys to Soul Evolution: A Gateway to the Next Dimension, with Guest Jill Mara on Life Changes With Filippo S1:E39 (2009)

Keys to Soul Evolution: A Gateway to the Next Dimension, with Guest Jill Mara on Life Changes With Filippo S1:E39 (2009) 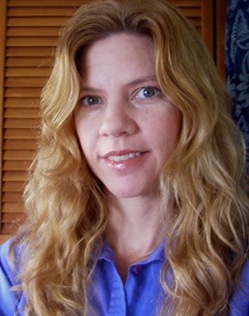 Jill Mara, author of the channeled book Keys to Soul Evolution: A Gateway to the Next Dimension (7D Publishing, September, 2009, $16.95) is an up and coming channel of higher dimensional beings that is dedicated to sharing her ability to bring messages of spiritual growth to humanity.

Jill Mara connected with Simion, the Evolutionary Collective of 7th dimension light beings during a meditative exercise to meet her spiritual guides in September, 2005. Instead of personal guidance, they delivered a message regarding an upcoming shift in human consciousness. She soon began verbally channeling answers to questions from friends and family about life, the universe and reality.

Eventually, she sat down at her computer to type telepathically relayed information from Simion. The first time she tried this, she automatically typed several pages and a list of topics which she later discovered were the introduction and chapter titles of a book.

Being a reserved, “down-to-earth,” and practical person, she at times was overwhelmed and doubted the idea that she was being entrusted with this universal communiqué for humanity. However, with the positive and loving encouragement of those that read the channeled material, she overcame the doubts and committed to bringing forth the material. In the available time she had over the last few years, she worked diligently to complete the now published Simion book.

Jill has since been interviewed on radio programs, conducted live Simion channeling sessions at spiritual gatherings and book stores and will be a featured channel in the upcoming sequel to the documentary Tuning In. She is traveling in the United States and is available to share her spiritual experiences and to channel the knowledge of multi-dimensional beings.

Prior to the book release, Jill was active with her yacht charter brokerage business in the US Virgin Islands where she lived for eight years. Before that she owned a video business recording whales in Cape Cod, MA. She also spent several years as an elementary teacher in New York. She has a BA in Communications and a Masters in Education.