Popular Shows
Home Archived Making Giving Back Part of What You Do Every Day, with Guest Jake Kloberdanz on Life Changes With Filippo #50 S2:E11 (2010)

Making Giving Back Part of What You Do Every Day, with Guest Jake Kloberdanz on Life Changes With Filippo #50 S2:E11 (2010) 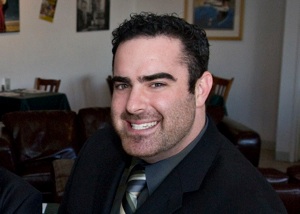 Jake Kloberdanz is a Bay Area native who grew up Fremont and now resides in Manhattan Beach living close to many of his best college buddies from U.C. Berkeley.

While in college Jake played Football and Rugby for the Cal Bears, and was an extremely active member in the alpha beta chapter of Sigma Chi. Jake took a job in wine sales with the leading company in the industry while also founding a technology company with 4 of his best friends from college named “The Scene” (www.thescene.com).

Jake has an older and younger sister that he loves more than anything in the world.

His parents, Jane and Frank, have been married for over 30 years and have been his role models in teaching him the value of commitment, integrity, discipline, and hard work.

ONEHOPE, a life style brand whose mission is to donate 50% of profits for each product in their portfolio.

The Cornerstone product of the

The goal of the

Jake is joined by 7 other founders between the ages of 25 and 30 who share an equal passion for the vision of serving others.

Jake came up with the concept for ONEHOPE in October of 2005, only 3 months after graduating from college.