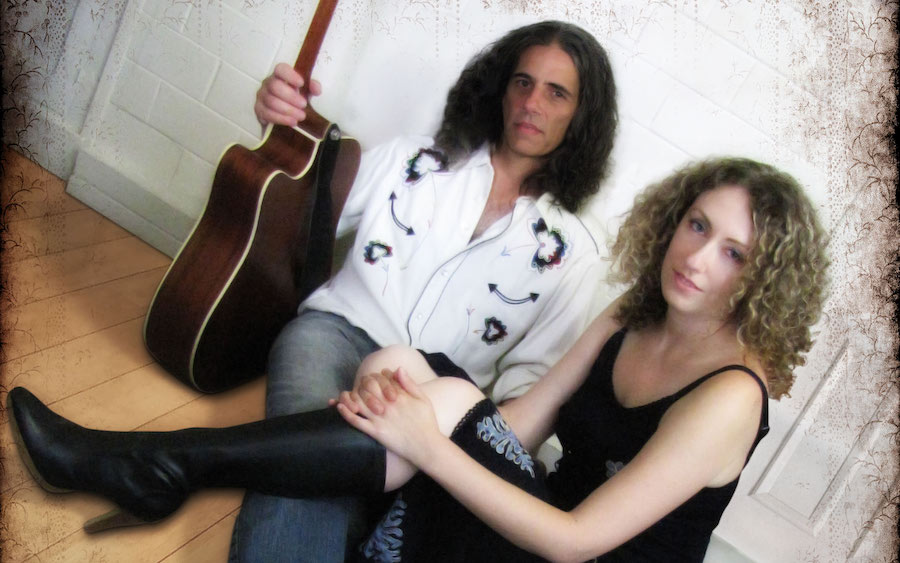 Paul is from New Orleans (the swamp of the south) and Marina is from Moldova (the swamp of Europe). Their musical influences — gypsy/russian and cajun/rock — mix into an eclectic stew of styles. Their life stories and world views mix into a wild, poetic, non-dualistic brew of lyrics. Genres vary from bluegrass to ballads to folk to rock to who-knows-what-that-is. But always a different and memorable melody with haunting vocal harmonies. Cliches are shunned. Each song allowed to explore its own world.

Paul McCarty sings and plays guitar and harmonica. He was raised in a musical family in New Orleans. Son of a composer/music professor and a singer/voice teacher, he became a music composition major at Loyola University of New Orleans and has written some scores for independent films and other productions.More recently, Paul was frontman and the main songwriter for Wicked Saints wickedsaints.net, which recorded two albums, played around Los Angeles and toured some up the West Coast.

Marina Gutman is a singer and novelist, who writes her own songs.  Her musical education and aspirations came from her grandmother. She was born and raised in Moldova, a small eastern European country, and came to America at the age of eleven.Though her creative endeavors are influenced by her eastern European roots and American upbringing, she attributes her creativity to the Source of all creativity, and lives the philosophy of the beloved teacher Eckhart Tolle: “I am awareness, disguised as a person.”

More About Paul McCarty, Marina Gutman, and Non Duo at: http://nonduo1.com and www.youtube.com/c/Non-duo