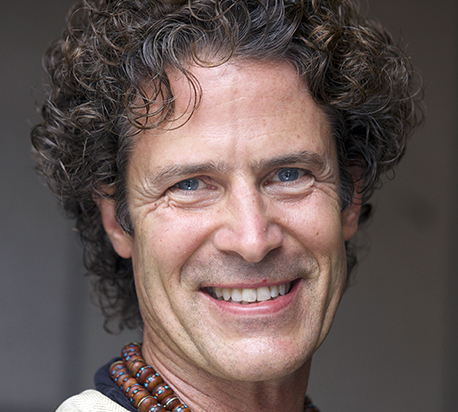 Our guest, Frank Fitzpatrick, Grammy nominated songwriter, multi-platinum selling record producer, and award winning filmmaker answers that question in this conversation that matters.  Also, Mustafa “Effortless” Shakir joins us in the studio to give us some spoken words of wisdom.

Frank Fitzpatrick has proven himself to be a creative visionary and committed advocate for transforming the human spirit through music and film. As a multi­-platinum selling record producer, Grammy-­nominated songwriter, social entrepreneur and award-­winning filmmaker, he has created the soundtracks for over two-­dozen films, produced countless programs and sold over six million albums. At the heart of his work is the mastery of creativity and maximizing engagement through the technologies of emotion.

A delegate to the Skoll World Forum on Social Entrepreneurship and columnist for the Huffington Post, Fitzpatrick believes it is essential to build a bridge between the worlds of technology, media, and the arts to address humanity’s grand challenges, especially in the areas of education, health and cultural diplomacy. He has presented numerous talks and programs, including keynotes at TEDxSDSU, Singularity University, Shanghai Film Academy, Berlin Film Festival, SXSWedu and TEDxFIAP in Sao Paulo, Brazil. Fitzpatrick was recently honored as a 2013 Ciudad de las Ideas Gifted Citizen for creating the WHY Music Initiative.

As Founder and Director of the non-profit EarthTones, Fitzpatrick focuses on creating programs that make a positive contribution to our world. His experience across the business, social and entertainment sectors allows him to provide organizations with creative solutions and integrated strategies for impacting large audiences. Current EarthTones projects include Amazing – a film partnership between the NBA and Shanghai Film Group with an audience of over 50 million people across China, and WHY Music – a multi-platform social venture designed to help people more effectively harness the power of music to improve learning, creativity and well-being.

In addition to his work with Hollywood successes such as Friday, Jump In!, The Larry Sanders Show, Pirates of Silicon Valley and the billion-­dollar Scary Movie franchise, Detroit-­born Fitzpatrick has worked extensively in the nonprofit sector and healing arts. His work with musical pioneers like Miles Davis, Herbie Hancock, K’Naan and Ziggy Marley, as well as other global thought leaders, has further strengthened his commitment to using music and creativity as catalysts for cultivating higher levels of intelligence, adaptability and compassion in the world.

Mustafa “Effortless” Shakir says that the term “renaissance man” is passé and that we should all refer to him as a “polymath,” the consummate hyphenate artist extraordinaire. Raised in Harlem during the 80’s and 90’s, he found himself drawn to the many art forms around him, pooling inspiration from hip hop, dance, culture, film, photography, fashion, philosophy etc. “I’ve been writing since I can remember being able to hold a pen, my mother was always writing something so I guess I took suite.” Poetry came naturally to Mustafa who has used the written word to process his emotional impressions growing up. Poetry led to rapping and three albums to date HolyWar, Chameleon, and DIEMIND: god the carbon copy; plus partnership with Candice Anitra and the Love Machine project. (new ep released 11/14)

Mustafa’s written work also includes narrative script writing, he’s written, directed, and starred in a sitcom pilot presentation called, “HollyWeird Fitness” as well as a short film entitled, “Untitled Symphony” that has won some accolades on the festival circuit. Currently his writing’s taken the shape of a one-man experience called, “XII: SpokenYouniverse;” a multi-character spoken word journey through consciousness, which is being produced by Russell Simmons for All Def Digital’s poetry Vertical.

Mustafa has been popping up here and there on the big and small screen, with “Record/Play” which was shortlisted for the Oscars in 2013 but most recently on NCIS: Los Angeles, Shameless, and slated to shoot in November a HBO mini series titled, “Crime” helmed by John Turturro.

What is closet to his heart is The Love Mob, an organization he founded with two other lights, whose goal is the reconnect 3.7 billions people to the power of love and community through Organized Acts of Love. Founded in 2012 TLM has been involved in initiatives ranging from flash mobs for a purpose to campaign support for Marianne Williamson’s bid for congress. “We are the ones we’ve been waiting for.”

An album, a sitcom, a web-series, an organization dedicated to spreading love, a short in pre-production, and a touring one man show he is certainly living up to his name “Effortless” and his claim. “….with God anything is possible.”