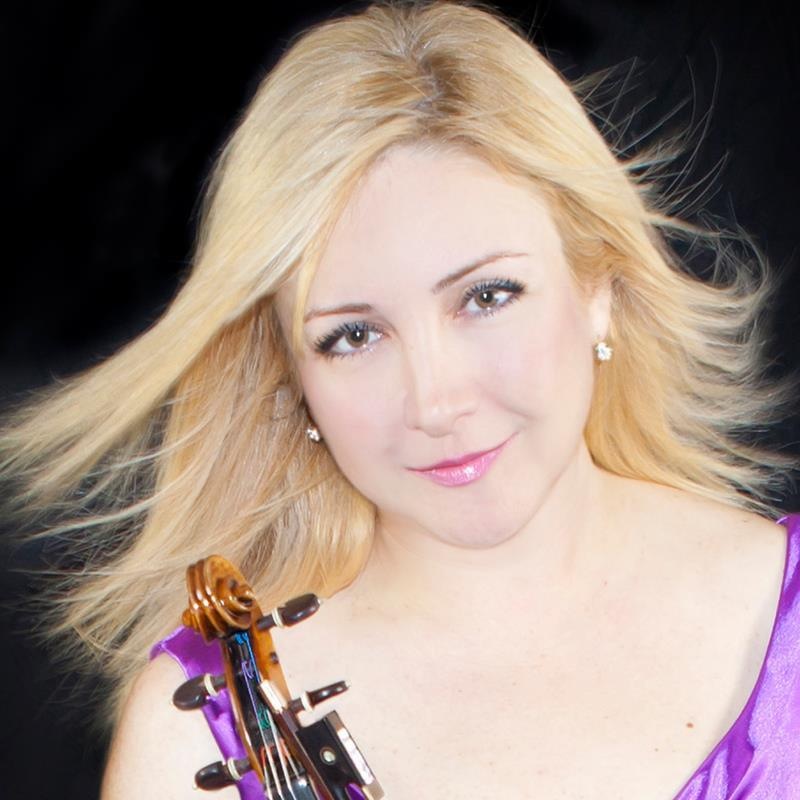 At the age of 11, violinist Marina Manukian joined the Radio and Television Violin Ensemble of Armenia thus becoming the youngest professional musician in the former Soviet Union. She received her musical training from Georgi Ajemian, Alice Schoenfeld, Yehudi Menuhin, Sandor Vegh and Sidney Weiss. Marina has studied at the prestigious Mozarteum School of Music in Salzburg, Austria and is also a USC graduate with Highest Honors.

She is the winner of numerous music awards and prizes including the 1st prize for National Young Artist Competition, in former U.S.S.R., Aspen International Music Festival and Herb Alpert Music Award from A & M Records.

Marina has performed with such renowned artists as Mstislav Rostropovich, Luciano Pavarotti, Placido Domingo, Valeri Giergiev, Kent Nagano, James Conlon, Lynn Harell, and others. The Los Angeles Times identifies Marina Manukian as “a violinist extraordinaire…whose virtuosity is exceeded only by her calmness and confidence, working through the intricacies with masterful grace and strength.”

Since 2006 Marina has been the Artistic Director and Concertmaster of The Enlightenment Chamber Music Series which presents concerts performed by the selection of expert chamber musicians, soloists and recording artists from around the world. In addition to her solo and chamber music performances Marina has recorded for over 700 television and motion picture scores working with numerous composers including John Williams, Jerry Goldsmith, James Newton-Howard, James Horner, Alan Silvestri, Danny Elfman, Hans Zimmer and Michael Giacchino.