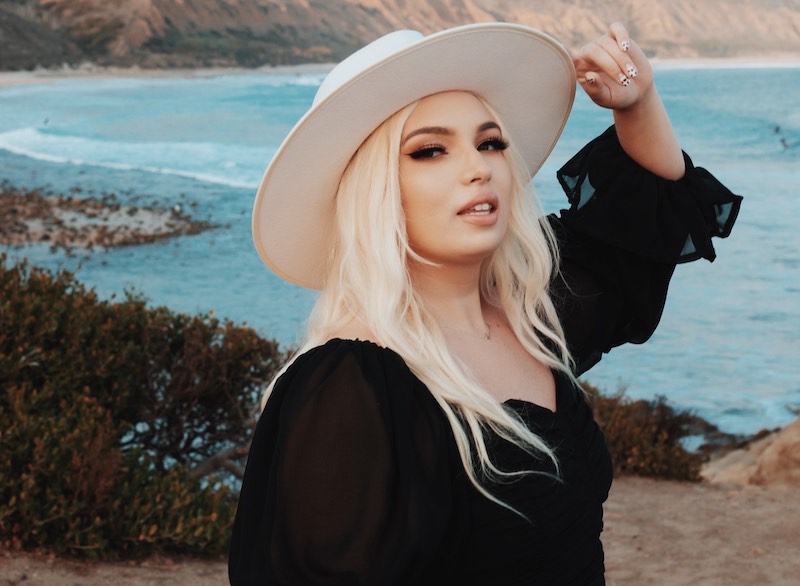 Refusing to be pigeonholed into the oversaturated young pop star market, Vee set herself apart following the catchy “Swing of Love” by infusing soul, rock, and pop to create a surprisingly sophisticated sound. She then boldly paired this sound with lyrical content that is relatable for all ages, and a voice (both literally and figuratively) that is reminiscent of Billi Holiday and Patsy Cline with the gusto of Celine Dion.

Her debut EP appropriately titled “Kaleidoscope” showcases the artist’s versatility as a triple threat (singer, songwriter, AND musician). From the soul searching ballad, “Surrender” to the anti-bullying anthem “Stronger Now,” Vee takes her listeners on the universal journey of despair and hope through the eyes of someone who is coming of age, while simultaneously reflecting on her youth.

The much-anticipated follow up to the Kaleidoscope EP is excepted to be released soon and is already getting huge buzz based on the nostalgic summer feeling single “Crash,” and the titillating single “Dangerous” that is featured on E! Network’s hit reality show Total Bellas. Vee’s trendy and wearable merchandise line is also fueling the hype surrounding her sophomore album and fans everywhere can’t wait to see what’s next!

You do not want to miss what’s coming up for this rising artist!

Vee has performed numerous times at the House of Blues in both San Diego and Anaheim as well as the infamous Chain Reaction of Anaheim and The Legacy Room.