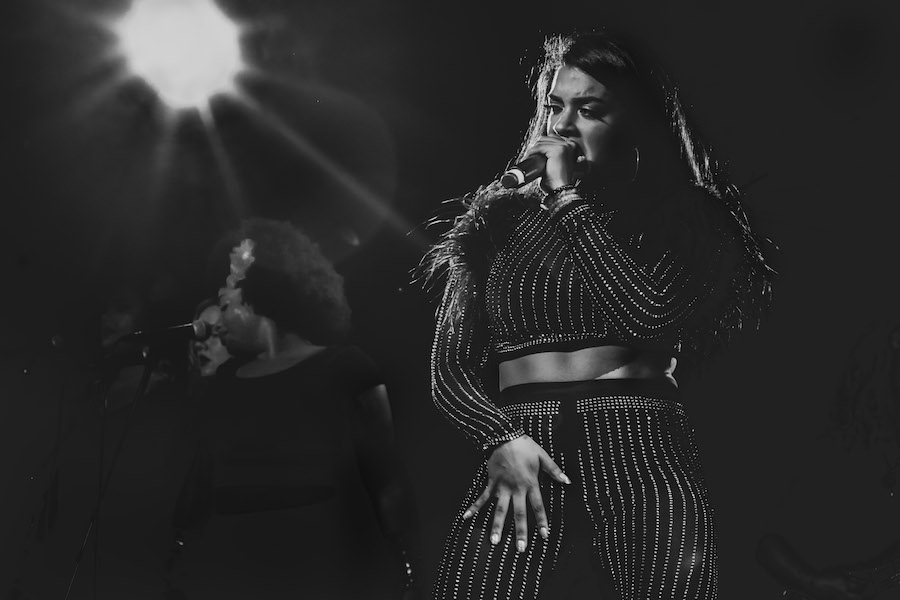 Los Angeles based Jade Sweeney, known by her stage name Jadoré Monay is an singer- songwriter and dancer from Roseville, California. A suburban town found close to the state capitol, Sacramento.Through her lyrics, captivating harmonies and complementing top line melodies she is able to reveal to her listeners a young woman who is still learning to recognize self worth, love and discernment through her own life experiences. Jadoré commonly shares through her music the message of power behind the ability to create and strive towards the best version of ourselves. This specific topic is where the creativity of her stage name came from. Jadoré, pronounced as JUH-DOOR-RAY comes from the French word J’adore, meaning to adore or to love something or someone. She has embodied the concept of what she wants her audience to embody and manifest for themselves, doing this through the titling of herself as an artist.

Her musical sound consists of Contemporary R&B with a flattering taste of Hip Hop Grime. Her inspirations include Todrick Hall, Rihanna, Beyoncé and her God Father James Brown who imprinted her to become a performer herself. Since living in Los Angeles Jadoré has been involved in many showcases, winning and placing in both the Musicians Institute and Coast 2 Coast Live showcase competitions. She has also danced in music videos for artists Moosh & Twist, Todrick Hall, and Brandy Norwood. You can find her own original material on many music streaming platforms such as Apple Music, Spotify, Tidal, Soundcloud, etc.

Jadoré’s Grandmother, Vonny Hilton Sweeney and God Father, James Brown were both widely involved in the music and entertainment business. She shortly became influenced by interest towards this particular industry at a very young age. Seeing Mr. Brown perform while growing up seeded the visions of her future self and what she could possibly and eventually grow into while chasing this dream. Something about watching him perform live from the sides of the off- stage wings gave her the opportunity to feel as close as she could to the energy coming off from the audience. This energy is the same feeling she gets from going to concerts. Its almost like inner recognition, an assured feeling that she was born for this and destined to become this future performer that felt oh so familiar to her.

The show biz is habitual and very well- known to Jadoré, she is no stranger to having her presence on stage. Growing up she was involved in all different types of performing, ranging from musical theatre, dance, and acting all the way to horseback drill team performances in rodeos all around California. After high school she started attending the American Musical and Dramatic Academy, majoring in Musical Theater. She then transferred to the Musicians Institute on Hollywood Blvd where she studied the Independent Artist and Artist Entrepreneur Producer programs.

Currently Jadoré is working on her next project, a single that she will be releasing towards at the end of November this year. Behind the scenes throughout the year she has been competing and making it through several rounds of the Coast 2 Coast Live Showcase Competition. She is currently one of the top 30 finalists out of thousands of independents artists from all over America.

More About Jadoré Monay at: