Popular Shows
Home Archived The Future of the Universe, From Battlestar Galactica and Beyond, with Guest David Weddle on Life Changes With Filippo S1:E20 (2009)

The Future of the Universe, From Battlestar Galactica and Beyond, with Guest David Weddle on Life Changes With Filippo S1:E20 (2009) 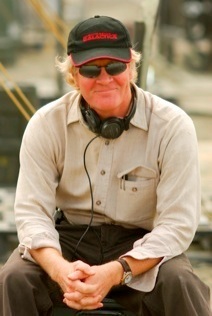 This past Saturday evening the Television Critics Association named Battlestar Galactica “Program of the Year” and in large part it is due to Writer and Producer David Weddle.

One of the most in-demand Hollywood Writer/Producers, he is writer the award winning and popular CSI TV Series and has written for Star Trek: Deep Space Nine, and The Twilight Zone.

He has changed and will change the way we look at the future of our Universe. Award winning and multiple nominated Writer/Producer, David Weddle is currently a Writer/Co-Executive Producer on CSI.

He served as a Writer/Producer for all four seasons of Battlestar Galactica, and has written for such shows as Star Trek: Deep Space Nine, The Twilight Zone, and Katee Sackhoff’s first series, The Fearing Mind. Weddle is also the author of two books: the critically acclaimed “If They Move… Kill ‘Em!” The Life and Times of Sam Peckinpah, and the best seller, Among the Mansions of Eden.