Popular Shows
Home Archived Healing the World With Music, with Guests The Green Children on Life Changes With Filippo S1:E21 (2009)

Healing the World With Music, with Guests The Green Children on Life Changes With Filippo S1:E21 (2009) 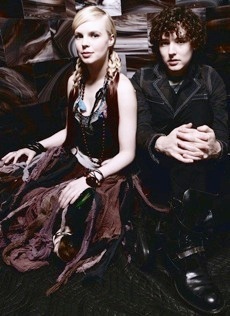 The Green Children are an International pop duo made up of Milla and Marlow, who have set their sites far beyond entertaining the world, but more like, healing it in more ways than one.  For example, they donated all the proceeds from their hit single “Hear Me Now” to building a hospital in Bangladesh.

“Hear them now” as they change the way you look at what one person, or two, can do to change the world.

The international pop duo – The Green Children – Marlow Bevan and Milla Sunde – have recently signed with Universal Music Group and are currently in the studio in Los Angeles with producer Stuart Brawley (Michael Jackson, Don Henley), readying their U.S. debut.

This first CD project will be entitled Empower, with marketing, promotion and tour to reflect this title. In keeping with their humanitarian mission, proceeds from the sales of the CD, will be donated towards the education and healthcare efforts in India and Bangladesh, in partnership with the Grameen Bank.

Since forming The Green Children Foundation in 2006, Marlow Bevan and Milla Sunde, have been working with 2006 Nobel Peace Prize recipient Professor Muhammad Yunus, who established the Grameen Bank, to help reach the youth of the world and create awareness through their music to raise money for global issues such as poverty, substandard healthcare and lack of education.

The Green Children’s recent fundraising DVD/CD entitled “Hear Me Now,” released in Norway, sold 100,000 units and raised over $500,000, which was donated to build the first eye clinic in Bangladesh, where over 1.8 million people are forced into blindness due to eye cataracts. The monumental eye clinic, which opened in May 2008, is already performing cataract surgeries, where the operations have been made available and affordable to the afflicted poor in Bangladesh.