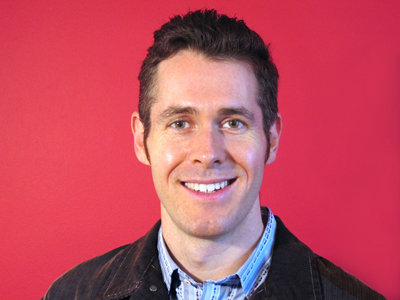 Can everyone find and be in their zone, like athletes and musicians?  Can your emotions be keeping you from achieving that zone in your life?  How can your emotions help you?  What can the brain tell us about who you are and what you are likely to do or not do, achieve or not achive?  Professor Dario Nardi has spent decades exploring these questions and so many more, and come up with answers that he shares in his books, classrooms and lectures.  Learn the secrets behind your brain you never knew existed and find your zone!

Radiance House
Dario is founder and director of Radiance House (www.RadianceHouse.com), a media and books publishing company, from 2007 to the present. Radiance House publishes high-quality workbooks, books, foldouts, reference cards, software and related materials in three subject areas: personality/organizational psychology, systems thinking, and fantasy gaming. Many book titles appear at www.Amazon.com or in affiliate online stores.
Clients span the globe and include brand name and governmental organizations that leverage the benefits of personality for understanding, teamwork, and leadership.

University Teaching
From 1998 – 2012, Dario taught as an assistant adjunct, lecturer or fellow at University of California (Los Angeles) in four programs including Program in Computing, Anthropology, Honors Collegium, and Human Complex Systems (www.hcs.ucla.edu).
Courses taught include: Intro. to Programming, Intro. to Programming for the Internet, Intro. to Computing for Social Science & Humanities, Artificial Intelligence, Modeling and Simulation of Social Systems, Modeling and Simulation Laboratory, and Artificial Culture Laboratory. He also acted as the Human Complex Systems faculty advisor and taught numerous independent study courses covering topics such as cognitive processes, neuroscience of personality, and game design. He wrote Modeling and Simulation in the Social Sciences. Moreover, after supervising over 1500 research projects, he edited a collection of best projects in Readings in Formal Modeling and Simulation in the Social Sciences. For details, see: www.radiancehouse.com/systems.htm
Dario supervised two instances of the Lake Arrowhead Annual Conference on Multi-Agent Modeling in the Social Sciences. He also wrote experiment-based software for fellow instructors on such topics as prospect theory and meme diffusion through friendship networks.
While at UCLA, Dario won three awards: the 2005 Copenhaver Award for Innovative Use of Technology in the Classroom, the Outstanding Professor Award, granted in 2007 by UCLA’s Mortor Board Honor Society, and the 2011 annual Distinguished Teaching award. Find more award information here www.oid.ucla.edu/faculty/teachingawards/nighthonor/2011-2012 and here http://old.oid.ucla.edu/edtech/bpcaward/bpc05recips.
As a popular instructor, Dario often used non-traditional techniques including outdoor live-group simulation activities, robot-human stage plays, and software-based audio-visual experimentation to teach New Science concepts such as emergence, attractors, nonlinear feedback, multi-agency, and living systems theory. He is a fan of tools such as Fuzzy Cognitive Maps and Multi-agent Models as ways to better understand complex phenomena.

Personality Theory
Dario gained Myers-Briggs certification in 1994 under the instruction of Dr. Linda Berens (www.LindaBerens.com) and has been intimately involved in product development and research of personality-based tools ever since.
He is the author or coauthor of numerous books on personality including Neuroscience of Personality, 8 Keys to Self-Leadership, Multiple Intelligences and Personality Type, Character and Personality Type, An Introduction to the Personality Type Code, Quick Guide to 16 Personality Types in Organizations, and 16 Personality Types: Descriptions for Self-Discovery. These titles appear on Amazon and at www.RadianceHouse.com/psych.htm.  Moreover, he created the Interstrength Cognitive Assessment (www.Keys2Cognition.com), which profiles a person’s use of the 8 Jungian mental functions, and the NeuroPQ (www.NeuroPQ.com), which profiles a person’s use of various cognitive skills by brain region.
Dario has also authored self-help software tools including “Personality Types” and “Love Therapy” for the Apple iPhone / iPad. For details, visit www.PersonalityApps.com and www.LoveTherapyApps.com.
In 2009, Dario acted as the conference chair for the International Association of Psychological Type’s (www.aptinternational.org) biennial conference in Dallas, Texas. He regularly acts as a keynote speaker and webinar and workshop presenter for regional, national and international organizations such as Google Inc., Providence Tarzana Medical Center, CPP-Asia Pacific, Attentional Ltd, and Danish Center for Leadership, among others.
Dario takes a systems approach to personality. This includes the use of multiple complementary models to triangulate a person’s best-fit personality type. By “type”, he means a sustainable pattern of activity, or in mathematical terms, a strange attractor within a living dynamic system (after all, persons as implemented as dynamic systems, not as statistical ones).

Neuroscience Research
Since 2007, Dario has conducted intensive and varied hands-on neuroscience research using EEG technology. He focuses on practical application of the brain research and personality to coaching, counseling, educating, leading, and such. For a free 90-minute video for Google in 2011, please visit: www.youtube.com/watch?v=MGfhQTbcqmA.
For an in-depth report of his ongoing research, please see “Neuroscience of Personality: Brain-Savvy Insights for All Types of People” found at http://www.radiancehouse.com/itemLG_500.htm or on Amazon.
Interested persons can learn about workshops and webinars at: www.radiancehouse.com/workshops.htm or watch this video: www.youtube.com/watch?v=DOo4oVr46hs.
Dario’s research focuses on links between cognitive skills, emotional dynamics, personality characteristics, and behavior as expressed through local and global patterns of activity in the neocortex. In his research, he asks subjects to try a wide variety of tasks–from math and music to story-telling and speed-dating, over the course of 2-3 hours. During this time, subjects tend to display recurrent patterns in frequency and amplitude for use of particular neocortical regions as well as across the whole neocortex. Among the most interesting patterns is a “flow state” that occurs when a person engages in creative expertise or a pallet of other activities distinctly related to personality characteristics.
Dario’s system and methodology for neuroscience of personality is covered a pending patent. In addition to presenting ongoing results, he focusing on likely implications for skill development, coaching, communication, leadership, problem solving, education, and other application areas. As part of this, certified professions may use pencil-paper and free online self-assessment tools such as the NeuroPQ at www.NeuroPQ.com.
Recently, Dario is developing use of EEG with small TV and film audiences, gamers, students, and work groups to objectively evaluate and improve the effectiveness of particular media, material, and processes, such as the likely reception of a pilot TV show.

Educational Background
Dario conducted his doctorate in Systems Science (1995-1998) from the State University of New York (www.binghamton.edu/ssie/) and his bachelor’s degree in aerospace engineering (1988-1992) from the University of Southern California (http://ame-www.usc.edu/), where he enjoyed USC’s Academic Scholarship for Excellence, a full-tuition undergraduate scholarship.
His educational background also includes East Asian languages and cultures and creative writing. Dario began studying Japanese as a high school freshman in 1984. In 1987, he acted as the student representative to greet the then-Crown Prince (now Emperor) of Japan in his trip to Washington D.C. Later, in 1989-1990, Dario attended Waseda University in Tokyo for his college sophomore year where he took courses in both English and Japanese.
As part of his dissertation work, Dario created SOCIALBOT, an animated interactive character that uses everyday English to share socially-relevant information. The informing approach to design was “social situated action” where intelligence involves coordination between agents. Socialbot is detailed here www.Socialbot.com and here www.youtube.com/watch?v=bfwa-ScdizI.

Hobbies
Dario has been involved in tabletop role-playing games since 1982. He is author 4 well-received hardcover game books including: Secrets of Pact Magic and Villains of Pact Magic the popular d20 system as well as Radiance Players Guide and Radiance Masters Guide, a standard-alone game for adventures “in Tesla’s gilded age of electrotech”. Finally, he is coauthor of Pact Magic Unbound Vol. 1 for use with the Pathfinder Roleplaying Game by Paizo Publishing. See www.RadianceRpg.com, www.Facebook.com/RadianceRPG, www.PactMagic.com, and http://paizo.com/products/btpy8tyw for details.
Burning Man: Dario is a huge fan of this annual festival held in Nevada’s Black Rock Desert. He has attended every year since 2007. For more information: www.BurningMan.com and http://en.wikipedia.org/wiki/Burning_Man.
For relaxation, Dario enjoys the beach, hiking and surfing as well as speculative films and other media.

Formative Years
Dario was born on Jan 3, 1970 in Los Angeles, where he lived until age 5. He also lived in Ojai, California. At age 5 he moved to Acra Beach in Barbados, the southern-most island in the Caribbean. From 11 to 18 he lived in Bethesda, Maryland, a suburb of Washington D.C., and graduated Walt Whitman High School with honors and an all-expense paid trip to Japan in the summer of 1988, sponsored by the Japan-America Society via their Japan-American Society Summer Fellowship in Japan, in the spirit of promoting peace and cross-cultural understanding.