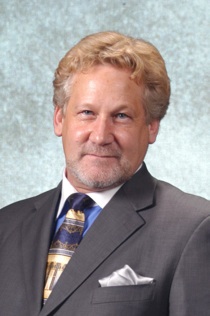 Dannion Brinkley is the New York Times best selling author of Saved by the Light and At Peace in the Light. His latest literary classic, co-authored with his wife, Kathryn Brinkley, is entitled, The Secrets of the Light: Lessons from Heaven. Dannion’s first bestseller, Saved by the Light, spent 26 weeks on the New York Times bestseller’s list and was made into a television motion picture by the Fox Network and has been seen by tens of millions of people, in over 30 countries, since 1995. To this day, it remains the highest rated made for television movie in Fox’s history, making Dannion a very popular radio and television guest. He has appeared on Oprah, Larry King LIVE, The Insider, Unsolved Mysteries, PAX TV, Dateline, Coast to Coast with George Noory, TLC, Lifetime and Discovery Channel – just to name a few.

After being struck in the side of the head by a bolt of lightning in 1975, at the age of 25, Dannion found himself traveling down a tunnel and into a brilliant Light. There he witnessed a panoramic review of his entire life on Earth. Afterwards, he was taken to a luminous Crystal City. There, within a Hall of Knowledge, Thirteen Beings of Light infused Dannion’s consciousness with visions of the world to come, and charged him with the spiritual mission of establishing Healing Centers on the Earth. Then, against his will, 28 minutes later, Dannion was returned to his lifeless body. Since that fateful evening in 1975, Dannion has been on an incomparable spiritual odyssey. Today, he is revered as ‘one of the greatest orators of our time’ offering a message of great hope and courage to audiences worldwide. His message is timely, true and beautifully simple: There is no such thing as death!

Dannion became a hospice and nursing home volunteer in 1978. In the past 30 years of volunteer service, he has been at the bedside of over 350 people at their moment of death, and with more than 1,800 people during their final days, accruing more than 25,000 hours of service at the bedside. In 1997, Dannion co-founded, The Twilight Brigade/Compassion in Action. Today, it is one of our nation’s largest non-profit organizations dedicated to the training of volunteers who serve as transition technicians at the bedside of our country’s priceless and beloved American war veterans.

His wife, Kathryn, works at his side, as president of the organization. Since its inception, The Twilight Brigade has recruited nearly 6,000 volunteers who have accrued more than 250,000 reported hours at the bedside. With more than 76 million Baby Boomers now confronting the mortality of family members and friends, many of whom are Veterans, this program is providing a much-needed link to assure quality in end-of-life care. Having honorably served in the Marine Corps, Brinkley’s profound commitment to ‘death with dignity’ has inspired him to successfully devote his life to the creation of a reality where “no veteran need die alone.” Being recognized as a true American hero, on behalf of our Veterans, in 2007 Dannion was awarded the President’s Lifetime Achievement Award for Outstanding Volunteer Service.