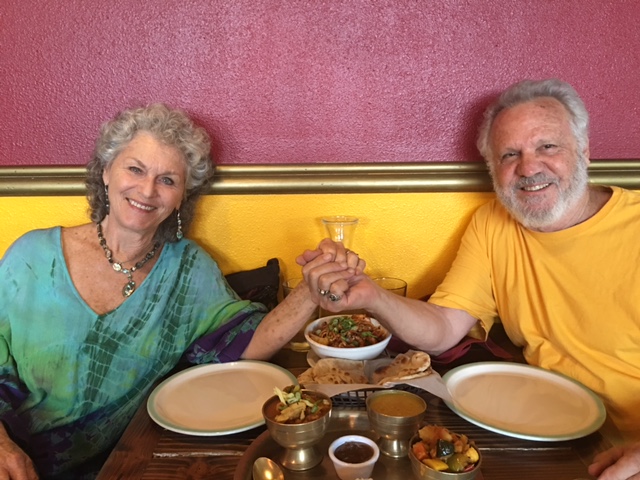 Painter Alice Matzkin and her sculptor husband, Richard Matzkin, contemplate growing older in their nearly 100 paintings and sculptures. Alice and Richard Matzkin They have written an award-winning art/inspiration book, THE ART OF AGING: Celebrating the Authentic Aging Self, produced a 45 minute documentary video on DVD, WOMEN OF AGE: Portraits in Wisdom, Beauty and Strength, featuring paintings and interviews of 21 elder inspiring women, and designed a wall calendar, NAKED TRUTH: Celebrating the Beauty of the Aging Feminine Body, featuring paintings of nude elder women age 58 to 87. They appear on television, in print media, on the radio, and offer presentations at universities, conferences, and medical schools. They live and work in Ojai, California.

ALICE MATZKIN has  two paintings in the permanent collection of the National  Portrait Gallery of the Smithsonian Institution, an entire collection of her work appeared in Ms Magazine, and her commissioned painting of Chelsea Clinton hung in the White House during the Clinton administration.  Her “WOMEN OF AGE” video was screened at the United Nations, she appeared on the Oprah Winfrey television show in a segment entitled , “Remembering Your Spirit”, and she is recognized in the prestigious directory, Marquis Who’s Who in American Art.

RICHARD MATZKIN holds a Master’s Degree in Psychology.  He is a former therapist, men’s group leader, adjunct instructor in California Community College system, and program director of a psychiatric hospital in Los Angeles.  His sculptures have appeared in numerous one man and group shows, and he has pieces in collections throughout the United States.  He was a key artist in a monumental equestrian piece in a train station in Ventura County.  His sculpture appeared in an art/inspirational book – The Great Age – a UNESCO publication.  He is also an accomplished jazz drummer. He is author of the book,

THE MATZKINS have written an art/inspirational book entitled, “THE ART OF AGING: Celebrating the Authentic Aging Self.   The book has won two awards – The  IPPY from Independent Publishers Book Awards – world’s largest international book competition, and the NAUTILUS AWARD – for books that promote spiritual growth, conscious living and positive social change.  They were selected in 2012 by the National Center for Creative Aging as “one” of twelve “Beautiful Minds” in a national campaign that celebrates individuals 55 and older who are keeping their minds beautiful.

Learn More About Alice and Richard Matzkin at www.matzkinstudio.com