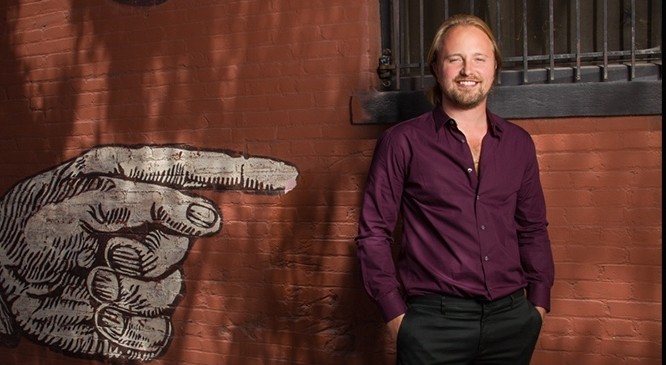 Founder & CEO of YEKRA
A visionary of game-changing distribution solutions for the entertainment industry, Lee Waterworth conceptualized the YEKRA technology model – he was inspired by his experience working for major Hollywood titles, including Twilight, Men Who Stare At Goats, 3:10 to Yuma, and Academy Award Best Picture Slumdog Millionaire. As a veteran of live theatrical entertainment and top-end content distribution, he brings a unique background of diverse expertise to his newest venture at YEKRA.
YEKRA was built to distribute a cerebral, niche documentary called Thrive. Because of our strong background and experience in traditional film marketing and distribution, Thrive’s filmmakers approached us and asked us to create a direct-to-audience solution that would allow them to control their own windows, pricing, and territorial availability — a channel that would allow them to speak directly to their avid fans while retaining full control of their work.Well, we took the plunge, and the rest is history.

Thrive today has a lifeforce beyond what we could have imagined. It’s been translated into 26 languages exclusively by fans, built a self-sustained and flourishing community where like-minded individuals can engage with one another, and been seen by more than 20 million people around the world to date. We experienced firsthand a real solution that works for connecting films to online audiences, and it’s been our mission ever since to bring it to all filmmakers.

YEKRA is a film and technology start-up founded in 2011 by Lee and Sonya Waterworth, and based in Los Angeles, California. We’re a premium direct-to-audience marketing and distribution platform that connects films and audiences around the world more closely than ever before.

We believe in good films – from independent gems and niche documentaries to major studio favorites – and we believe in getting them seen. With our traveling technology and network of film curators and online screens, we’re decentralizing the old distribution model and creating a new one — one that allows films to travel with no limits and find audiences where they are.

Learn More About our Guest Lee Waterworth at www.linkedin.com/in/leewaterworth
MUSICAL GUEST:  BEN CARON
Los Angeles-based Ben Caron is a self-taught singer-songwriter and wrote his first song at 15. Ben picked up a guitar for the first time—the same guitar his mother purchased when she was pregnant with him—and plucked out an original tune. He has written songs on the same guitar ever since. At 18, Ben moved to Los Angeles to pursue a career in acting. He continued to write music and gig at open mics on the side, but it wasn’t until he’d finished college that he realized that his true passion was for music.
Known for his full and clear vocals, Ben approaches each of his songs from a pivotal “everyman” point of view and delivers a powerful performance that resonates with the audience. His own relationship experiences, some good and some bad, have presented opportunities to learn and grow, and his feelings and stories expressed through song are easily relatable.
Learn More About Our Musical Guest at: www.bencaron2005.wix.com/bencaron
Share 0
Tweet
Share
Share
Share