Popular Shows
Home Archived Be Your Best Back-to-School Self with R.A.I.N., with Guest, Julie Potiker; and Musical Guest, CoolHouse, on “The LIFE CHANGES Show,” #542 Pg2

Be Your Best Back-to-School Self with R.A.I.N., with Guest, Julie Potiker; and Musical Guest, CoolHouse, on “The LIFE CHANGES Show,” #542 Pg2 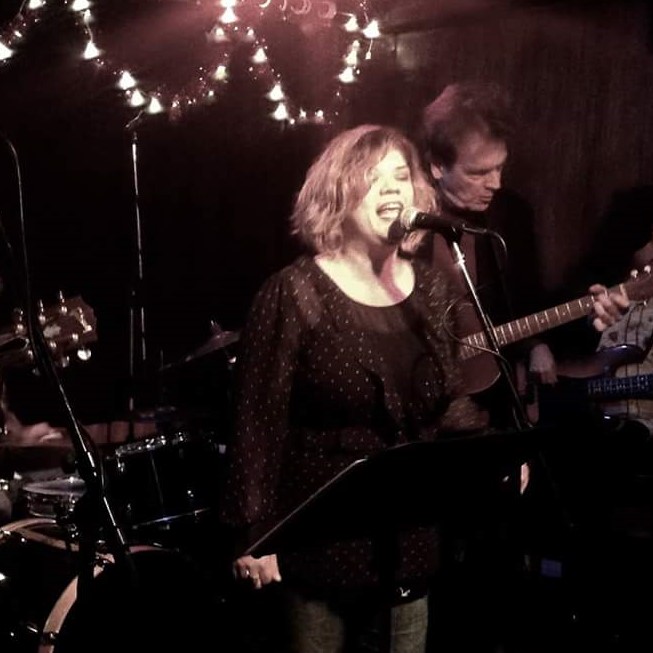 “Be Your Best Back-to-School Self with R.A.I.N.,” with Guest, Mindfulness Expert and Author of “Life Falls Apart, But You Don’t Have To,” Julie Potiker; and Musical Guest, Indie Folk Duo,  Dolly Ramirez and JJ Schoch, as “CoolHouse,” on “The LIFE CHANGES Show,” #542

CoolHouse is an L.A. based indie folk duo, Dolly Ramirez and JJ Schoch.

Dolly Ramirez is a vocalist/songwriter and Owner/operator of Divine Rebel Music, a music promotion company.  Jean-Jacques (JJ) Schoch is a composer/multi-instrumentalist.  Together, they are the Americana duo, CoolHouse.

Though born in Mexico, Dolly grew up in Los Angeles, raised on the passionate sounds of Ranchera ballads and other Spanish music. From the time she was a little girl, she loved to sing and knew that was all she wanted to do.

She eventually found her way to Aretha Franklin, Etta James, Led Zeppelin, Janis Joplin, Whitney Houston, Patsy Cline. Determined to hit every note, she had no idea she was working out and developing those muscles. In time, she got over her debilitating stage-fright when her partner JJ encouraged her to attend and perform Open Mics and local music jams.

Dolly’s voice has been described as having the power of Linda Ronstadt, the soul of Aretha Franklin, and the vulnerability of Brandi Carlile.  She now performs all over Los Angeles with CoolHouse, and as a vocalist in multiple music projects. Dolly loves supporting the music community through Divine Rebel Music, creating intimate and fun opportunities and venues for local musical artists.

An accomplished composer producer, arranger, and songwriter, Jean-Jacques (JJ) Schoch has been involved with music, in one way or another, since he was very young. Raised by musical parents from Switzerland, Jean-Jacques grew up in Bethesda, Maryland outside of Washington D.C., where he studied cello, piano, bass and music composition. While living in the Washington area, he played in traditional orchestras and string quartets, as well as bands playing eclectic blends of jazz, funk, rock and bluegrass.

A modern-day Renaissance man… musician, writer and inventor, Jean-Jacques is at his core a passionate, gifted composer. Blessed with European charm and a wonderful sense of melody, he is fluent on piano, electric & upright bass and guitar. As a singer/songwriter, Jean-Jacques paints offbeat stories delivered in his distinctive vocal style.

“I have been drawn to the beauty of music since I was a young boy learning to play piano and cello, and started composing and songwriting since I was 12.

CoolHouse plays all over Los Angeles, and performs in a monthly residency called Roadhouse Series Presents at the infamous Coffee Gallery Backstage in Alta Dena, CA.

More About Dolly Ramirez, JJ Schoch, and CoolHouse at www.coolhouseband.com and