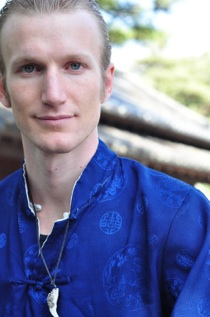 Adam Apollo is a Galactic Ambassador and Earth Emissary.

He awoke to a complete library of Sacred Geometry and Metaphysical knowledge at the age of 15, and spent many years afterwards teaching and integrating this information through developing deep personal magical and martial arts practices.

In developing ways to translate and share these keys as well as confirm his own experiences, Adam extensively studied wisdom traditions from around the world, as well as leading edge research in almost every branch of human study. In High School, Adam’s Graduate presentations focused on bridging science and spirituality through the integration of advanced Physics, including Loop Quantum Gravity, String Theory, Quantum Mechanics, and Relativity.

During his following studies at the University of North Carolina, Adam furthered his integrative research into Astrophysics, Philosophy, Cultural Anthropology, and Psychology.

While in College, he also began integrating memories from many previous lifetimes on Earth, and dedicated himself to healing associated personal and collective karma from those times.

He served as Chief of Business Development for a major international campaign led by the 2020 Fund,

sat on the advisory board for a GMO awareness 501c3, and has established a large international network of activated Earth Agents (for positive global change).

Adam Apollo has held council with Indigenous Elders from around the world in private fire ceremonies, helped to organize two prayer runs for world peace across the North American Continent, and has smoked the White Buffalo Peace Pipe passed down 19 Generations from the White Buffalo Calf Woman.

In 2005, Adam physically encountered a Galactic Ambassador from a starship, met Ambassadors from 73 Species of the Galactic Council through an Astral stargate, and recovered memories from several lifetimes before his journey to Earth.