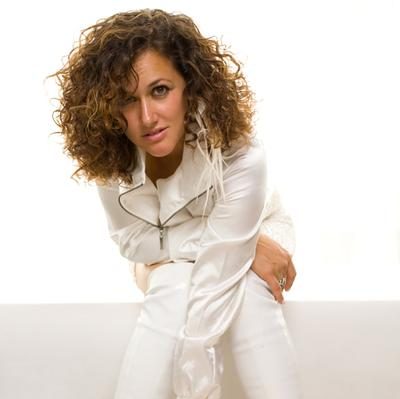 “Summer Rona is a dynamic performer who has traveled the globe singing and writing Pop & Soul music. Summer creates original music that weaves ambient electronic sounds over old school hip hop beats, ominous timpani’s, and rich harmonies while she delivers powerful, heart felt lyrics with contagious melodies and catchy beats. She pulls you into her real life stories connecting to the human desire to overcome adversity and to celebrate a triumphant life with her sultry vocals ranging from a clear-toned coloratura soprano, to a raw bluesy alto with smooth as butter trills. Summer incorporates her accomplished piano playing skills into her tunes as well her natural vocal ability inspired by her classically trained pianist father and her opera singing mother.

With her curly locks, olive skin and Bohemian funky style she is reminiscent of a young, soulful Teena Marie with some Sade sophistication and Christina Aguilera sass. In touch with her Jewish & French heritage she likes to sing in other languages including Hebrew and French and includes a vast array of worldly instrumentation to expand her ever growing fan base. Summer sets the stage for theatrical performances from epic ballads and haunting melodies to “get up and dance” vintage be-bop pop grooves inspired by The Jackson 5, Stevie Wonder, Pharell, Timberlake, Sia, Rihanna and Lana Del Rey. Growing up singing Whitney Houston, Mariah Carey and MJ songs, Summer is a true vocalist capable of hitting any range and style. Summer performs with a twist of Gaga-esque artistic presence and vision and proves to be a well-rounded artist capable of moving a world wide audience.”

With a passion for life and a drive to connect with people on a deeper level, Summer Rona puts every ounce of her energy into creating and performing music. She hopes to inspire others to express themselves as fully as she does. She is influenced by music that “moves me to tears or makes me dance, from Motown to Classical, if it touches my soul, I love it!” Summer says. Her parents met in a band & brought Summer to every rehearsal & gig as an infant. “I had a mic in my hand before I could stand.” Summer says as she flashes a picture of her in a diaper holding a silver vintage mic to her mouth. Her mother was a beautiful singer and her father was a classically trained pianist who’s sudden death last year caused Summer to question her purpose on this earth. “Serve others with your talents, work hard, love and…DREAM” she says. “Dream as big as you can and never, ever give up! That’s what my dad told me.”

As an accomplished singer and piano player herself, Summer has the sound of experience. She performed a duet with the legendary Jermaine Jackson, singing the hit song, “I’ll Be There”, among other Jackson favorites at Planet Hollywood in Vegas. She had the opportunity to perform at the infamous Hollywood Bowl with Evan Ross opening for Diana Ross to a crowd of 20,000. It was a dream come true for Summer to sing with Stevie Wonder at the House Full of Toys Benefit Concert as part of the International Colors of Love Choir in December 2011 at The Nokia Theatre. Summer also wrote and produced a house track for Michael Costello that played for thousands at the NYC Lincoln Center for the Project Runway Finale Show! You can hear her voice on the radio, the American Idol video game, television shows & commercials, jingles, as a guest artist on albums such as: Big Swedes “BS in Da Club” and the new album by UK hip hop sensation, Antix. With over 13,000 entries, Summer took 1st place for her song “Soul Static” on ourstage.com and won the Grand Prize.

Her voice and songs have received awards from the HMMA’s (Hollywood Music in Media Awards) for “Best Female Vocalist” and “Best Song in a Film”, and honors from the Paramount Music and John Lennon Songwriting Contests. Summer studied at Middle Tennessee State University, with a major in the Recording Industry Program and a minor in music business. She has performed from Sweden to Finland, Nashville to Vegas, LA to Venezuela, Israel and most recently China, entertaining all types of crowds, some as large as 20,000 with her own music and a live band. She’s had the opportunity to sing with music greats such as Lee Greenwood (God Bless the USA), Larry Henley (Wind Beneath My Wings), Buzz Cason (Everlasting Love), Dobie Gray (Drift Away), Bread, Jay White (Neil Diamond), among others and has written with successful writers such as Grammy Award-winning songwriter/producer Ben Margulies (Mariah Carey), David Frank (Genie in a Bottle) Mike K (David Archeletta), Daniel Luttrell (Nikka Costa/Grey’s Anatomy), & Lars Jansson Kilman (Hall Pass) & many more. Summer has released two EP’s and has a catalogue of hundreds of original songs which she has placed in TV, Film. Her first film placement was with her R&B song, “Ready” in the TD Jakes film, “Woman Thou Art Loosed”. She plans to save a special collection of songs for her first full length album. Summer is a genuine artist who cares about people, music and life. She is well on her way to becoming a mega success in the industry as she keeps her father’s musical legacy alive.

“Congratulations, You are a talented lady.” Paul Williams, President ASCAP. “You sound good. I love your tone” Jermaine Jackson “You are a very talented woman” Debbie Reynolds.