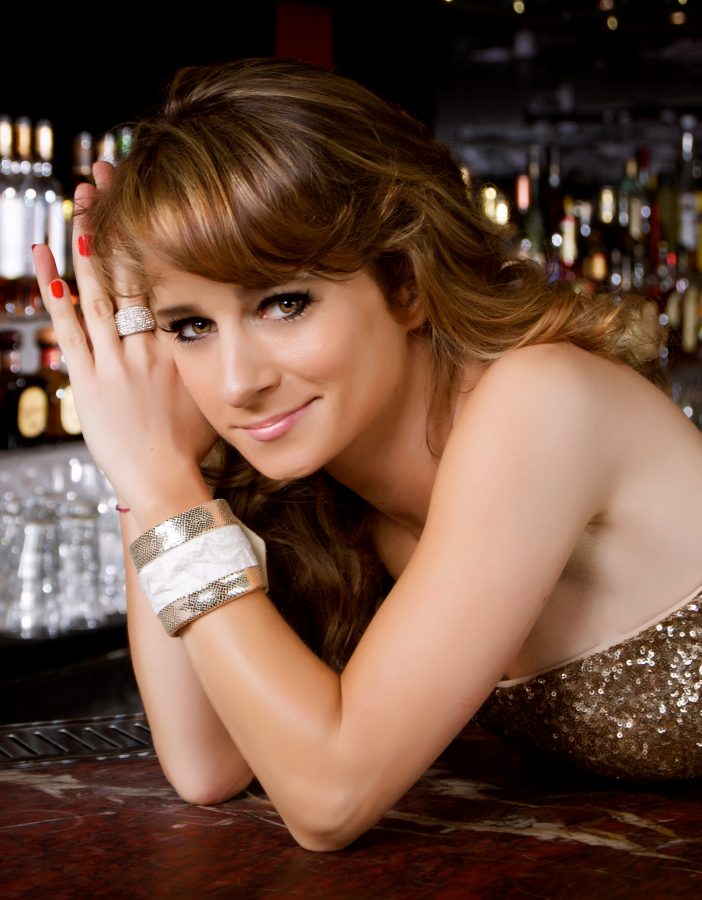 “We Are The Answers To Our Questions” with Guest, Chef, Founder of Caterina’s Club, a Charitable Giving Foundation, and Owner of Anaheim White House Restaurant, the only restaurant in the world that serves 1000 Free Dinners to homeless motel kids every night (1 million Free Dinners Served To Date), Bruno Serato and Musical Guest International Singer and Actress Maria Elena Infantino on The LIFE CHANGES Show

Is an International Singer and Actress.  Half Italian , half Bulgarian, who grew up in Rome, Italy.

She graduated in acting in London at ALRA ( Academy of Live and Recorded Arts) in 2010 . Although, her first job out of Drama School, was at the Royal Albert hall, singing for the 50th Beatles Anniversary, starring Dame Shirley Bassey.

She then debuted as a professional actress on the ITV British series “Emmerdale”.

Following that, in January 2011, she hosted and produced her one woman show in the West End, at the Leicester Square Theatre , as a tribute to her famous father, the tenor Luigi Infantino, performing her father’s song , from “The Godfather part 2” .

That same year she was nominated for the 21st annual L.A. Music Awards as best International artist.

Subsequently she created her one woman show on legendary Edith Piaf , which premiered in Los Angeles at the Marilyn Monroe Theatre, at the Lee Strasberg Institute. Among the many success that this show generated for Ms Infantino, is the inauguration on June 12th of the Piaf and Miles Davis forever stamp , celebrating the French Artist’s 50th Anniversary, at the Rubin Museum in New York.

2012-2015 credits include, 3 consecutive years at the Jimmy Kimmel San Gennaro Festival in Hollywood, special guest appearance on Broadway’s 92Y, for Mike Stoller’s ( Lieber & Stoller )celebration, alongside Ben E. King , her Piaf show at the legendary Grammy Museum, and at the Metropolitan room in NYC, regular performances at the French consul General’s house , in Beverly Hills, for Bastille day, and in the role of associate producer and actress in various films such as: Maria Elena Infantino,

“Job’s Daughter” where she played alongside Eric Roberts and Corey Feldman.
“The Secret of Joy” , a wonderful project filled with celebrities such as Doris Roberts, Maria Conchita Alonso, Thaao Penghlis , and Sofia Milos. A short film that will help raise further awareness in pediatric cancer.

July, she will be flying over to Caracas , Venezuela for her next movie.

She has monthly shows at Vibrato, in Bel Air, and Sofitel in Beverly Hills.

Maria Elena is also involved in charity events for ALS awarness, and is on the Board of Advisory Directors for “Catherina’s club” founded by CNN hero , Chef Bruno Serato, who feeds 1.200 US unpriviledged kids a day!!!