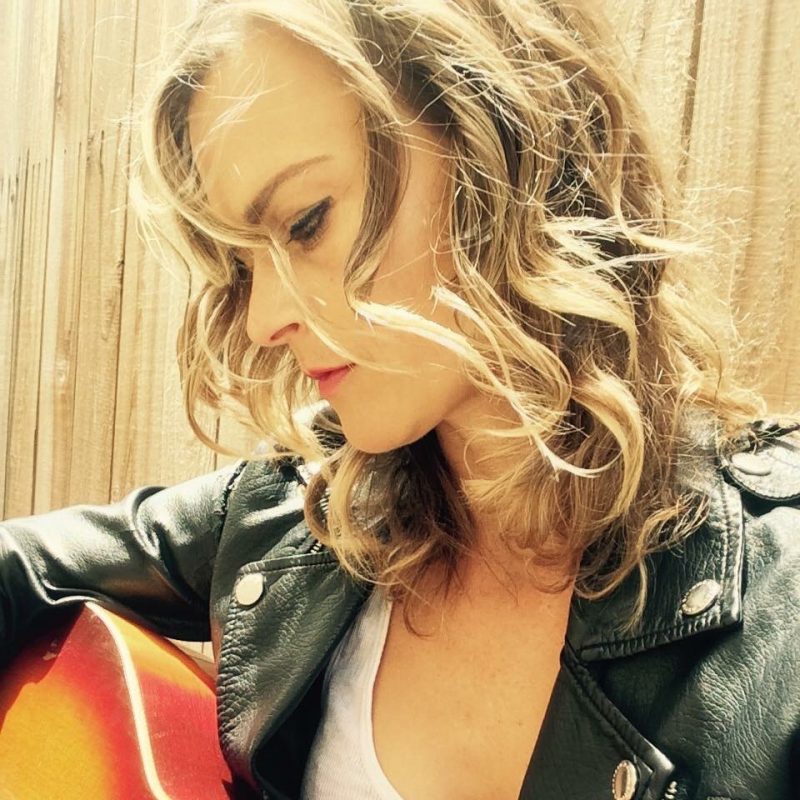 Alice Austin is a singer, songwriter, and multi-instrumentalist from Vermont, currently living and performing in Los Angeles. Her sound ranges from vintage to modern, crossing over from a Classic Rock vibe to Americana.
Austin’s latest release from October of 2014, ‘Left One In The Rain’, is a compelling three-song EP containing elements of isolation, hope, acceptance, and surrender. Produced by Patrick Avalon in Los Angeles, the music the lends itself well to a sunny electro-acoustic style, yet retains its grounding in the solo artist’s Classic Rock attitude.
‘To A Star In The Yard’, her album released in 2009, is Austin’s fourth full-length album, but her first solo record on which she has composed, arranged, recorded, produced, and performed all the the tracks. Some of the highlights on this album are the edgy 60’s throwback, ‘Sharp Side of the Knife’, and the garage-blues inflected ‘Graveyard Before Dark.’
Prior to solo performances, Alice Austin played with the Boston-based bands The Stark Raving Mad and The Lavas, and from her hometown Burlington, Vermont, Queen Tangerine and Zola Turn.
Signed to now-defunct Los Angeles label, Brick Red Records in 2002, (subsidiary Gold Circle Entertainment), Austin hasn’t missed a beat from the trials and tribulations of being signed and dropped all within a six-month span, rather persevered and thrived. The evolution of her songwriting has gone from irreverent punk-pop to an evocative perspective of the human condition. She has toured all over the east coast and southern United States, playing in such legendary venues as The Middle East Downstairs, The House of Blues Boston, The Knitting Factory, as well as South by Southwest and CMJ music festivals.