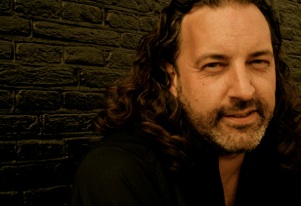 Using painstaking archaeological research and evidence from the writings of Plato and Aristotle, Von Däniken suggests that the Greek “myths” were, in fact, very much a reality, that the Greek “gods” were actually extraterrestrial beings who arrived on Earth many thousands of years ago.

Editor of “Odyssey of the Gods,” Philip Coppens is also an author and investigative journalist, ranging from the world of politics to ancient history and mystery. He co‐hosts The Spirit Revolution radio show with his partner Kathleen McGowan and is a frequent contributor to NEXUS Magazine and Atlantis Rising Magazine. Since 1995, he has lectured extensively and has appeared in a number of television and DVD documentaries, including Ancient Aliens: The Series (The History Channel). He is the author of The Stone Puzzle of Rosslyn Chapel, The Canopus Revelation, Land of the Gods, The New Pyramid Age and Servants of the Grail and the ebook 2012, Science or Fiction?

Philip Coppens’ publishing career began at the age of 23, when he edited the legacy of the late Belgian historian Marcel Mestdagh’s research into European megaliths into a much-anticipated sequel. That same year, he also helped edit a controversial non-fiction thriller on the theft of Jan Van Eyck’s The Adoration of the Lamb, which was made into a documentary both for Flemish television and the BBC.

If there is one thing that sets Coppens apart from other writers, it is that he is often ahead of the trends. He wrote the first guide in more than four decades about Rosslyn Chapel – the only one to do so before The Da Vinci Code made that Scottish chapel world famous in 2003. He also researched the origins of the Mitchell-Hedges Crystal Skull, before the 2008 Indiana Jones and the Kingdom of the Crystal Skull movie, resulting in a series of controversial articles, which even came to the attention of The Washington Post.

As a journalist, he had investigative research into the Kennedy assassination submitted before a US government enquiry in 1993. Two years later, he broke the story of the existence of Chinese pyramids to an international audience. Many of the stories in the so-called “esoteric field” have at one point passed through his hands, including The Templar Revelation, the book on which The Da Vinci Code was based. In 1999, he was the principal researcher for Lynn Picknett and Clive Prince’s The Stargate Conspiracy, which investigated current politicians’ apparent obsession with ancient Egypt, thus combining his passion for politics and history. The book was dedicated to him.

He is the author of The Stone Puzzle of Rosslyn Chapel (2002), on the enigmatic Scottish chapel and its relationship with freemasonry and the Knights Templar; The Canopus Revelation (2004), on the lore of the star Canopus in ancient cultures; Land of the Gods (2007), on the prehistory of Southern Scotland and the myth of King Arthur; The New Pyramid Age (2007), detailing the most recent discoveries that have changed our understanding of pyramids; and Servants of the Grail (2009), identifying the real people encoded into the medieval Grail legends. Most recently, he has published an ebook, 2012. Science or Fiction?, with Digital Journeys, which aims to bring clarity as to what 2012 is truly all about. The ebook is also the first to have incorporated video, featuring an interview-style conversation with Philip. His latest book is The Ancient Alien Question (2011), addressing the question whether extra-terrestrial contact has occurred in our past.