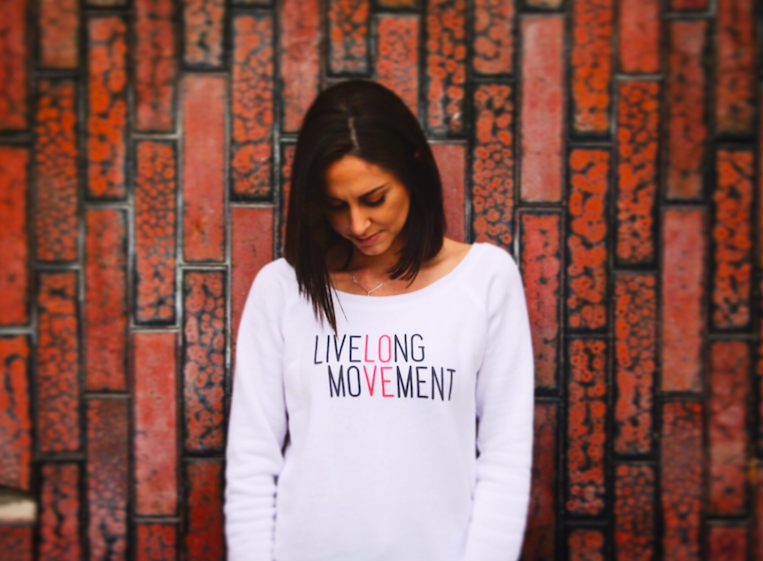 “My Suicide Story” by Alexandra Eisner

I was 13 years old when I noticed darkness creeping in. It was a trend in my middle school to self-mutilate by cutting, and I felt I had to show I was in the dark web of solidarity. Even when I didn’t feel the desire, I felt the pressure. Eventually I grew to become used to it, and this went on hidden for years.

At age 23 I was driving on the 405 freeway away from work and had a panic attack to the point I screamed, became dizzy and my face went numb. I had the desire to cut but nothing to cut with. Then, a new thought came… a tattoo! I drove to the tattoo shop and got a tattoo next to my deepest scar on my wrist that is a reminder to myself that says “Live Long”.

The cutting decreased immensely, but the dark hole of misery got deeper. At age 26 I worked a corporate job at a major film Studio and was about to graduate from college. Although many people told me I shouldn’t feel depressed because of how my life looked on a resume, through the lens of my own eyes I saw a life chained to a desk, working for only money and not passion. I felt I didn’t have a purpose and that I was a waste of space.

So, I made a plan to overdose and die at Coachella; making it look like an accident. I was so happy to finally see the light at the end of the tunnel. I made it to the festival and I thought, I’ll have some ‘fun’ as I die. Slowly day after day of no food or water, only various drugs, tons of walking and the desert heat was feeding me. However, it was feeding me in a way I didn’t expect – I wasn’t dying. It was barely effecting me at all.

Frustrated on Saturday, day 3 of 4 of the festival, I went back to my tent alone. No one knew about my plan and I honestly dreaded the idea of my friend finding me dead. I had to rethink my plan. Back at my tent I laid down and the typical negative thoughts consumed me. Until a new thought came over me that calmly said, “Relax… Relax… Relax”.

From this, I entered into a meditative state; at this point in my life I had never mediated before and didn’t even know that’s what I was truly doing. Suddenly I was in space on what looked like I image Mars to be – red, sandy and quiet. I saw three bright stars in the distance. Their lights were beaming on me and I felt comfort and warmth. Like the stars were sending a message to me saying “we’re with you”. Suddenly, the same voice that told me to relax spoke up again that said, “Alex, yes there is so much to learn and experience…but find peace in it. Find peace that there is always something new. There’s always a new moment.”

Immediately after, I felt like I was descending down to my body. I saw what looked like an DNA strand and a green Buddha that was descending down with me. I woke up gasping for air and sprung up from my tent. Stunned by this experience, I shouted, “I don’t know what that was, but I will dedicate my life to figuring it out!” Music started in the background… it turned midnight on Easter Sunday. It was the final band going on for the night and I rushed off to the festival grounds a new, better, Alex.

I kept my promise and figured out my passion and purpose, which is dedicating my life to “raising the world’s vibration for the greater good”. To do this, in the last 3 years I completely changed professions. I transitioned from a decade of work in the Corporate Security and Secrecy Management field to a Supervisor on the Suicide Prevention Crisis Line. I founded a suicide prevention company, called LiveLong Movement, in which I hand-make bracelets to send people to show support; over 700 bracelets have been sent around the world.

To hear Alex’s interview on The LIFE CHANGES Show go to:  http://lifechangesnetwork.com/suicide-prevention-talking-to-save-lives-with-guest-alexandra-eisner-and-musical-guests-the-waters-on-show-582/