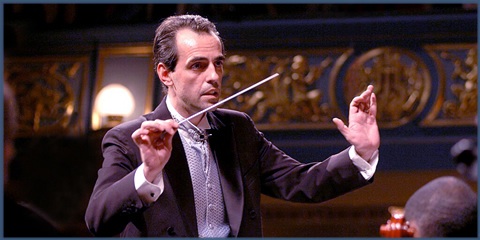 Named as Cultural Ambassador of Bosnia and Herzegovina, he became the Balkans’ most prominent composer, conductor, and director with the objective to inspire the human spirit to action.
During the war in 1993, Dino Zonic began to compose CIRCLE, his highly acclaimed majestic musical, which played for four years in sold out concert halls in Europe and the United States such as: “Theatre an der Wien” Vienna-Austria; City of London Festival;“Irish Art Center” Broadway-New York; “Vatroslav Lisinski” Concert Hall, Zagreb -Croatia; “Schuster Performing Arts Center” Dayton-Ohio etc.. The powerful music, words, and movement of Circle rose from the tragedy of war, and have left a lasting impression upon thousands of audience members throughout Europe.