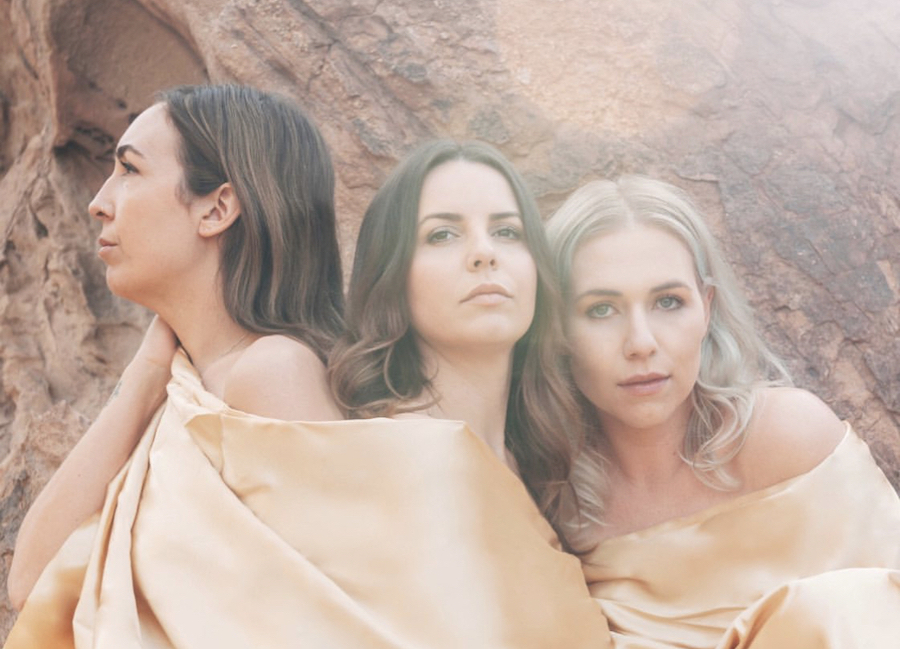 Following their success as solo artists, Emily Colombier, Jessica Rotter, and Sarah Margaret Huff joined forces to create the transcendent Alternative Folk trio, JEMS.  Emily and Jessica grew up in Los Angeles singing together, both children of professional musicians.  Sarah Margaret was introduced to Jessica and Emily shortly after moving to LA from Nashville in 2015. Through collaborations on their own projects, they discovered how beautifully their voices blended and decided to share their music with the world. Sarah Margaret Huff’s bright soaring timbre is combined with Emily Colombier’s soulful earthy quality and met in the middle by Jessica Rotter’s colorful blend of the two. Through rich three-part harmonies, JEMS weaves stories, sounds, and raw emotion with a shimmering fervor. Listeners of all kinds can’t seem to resist the songwriting prowess and vocal alchemy of JEMS.

Their self-titled debut album echoes the journey they have had as a trio. Three uniquely individualistic singer-songwriters combining their different voices and stories to craft an album with a message of individuality and self-acceptance in all moments of life. Each member of JEMS has had deep experiences owning their own truth and identity, despite environments or circumstances that could have silenced their authenticity. As a trio, their shared voice is that of strength and chooses to boldly illuminate vulnerability. Through songwriting sessions that sometimes look more like group therapy, the three are able to write on one another’s life experiences and empathetically build a bridge to a broader message. The trio is inspired by the sounds of Laurel Canyon and the musical storytelling and authentic performances that defined that era. They hope to break open the time capsule and artistically balance musicality and lyrical intellect in a relatable and emotional way.