La Vita è Bella, on the Bus of Life, with Guest Glenn Clarke and Musical Guest Britt Kusserow on The LIFE CHANGES Show #522 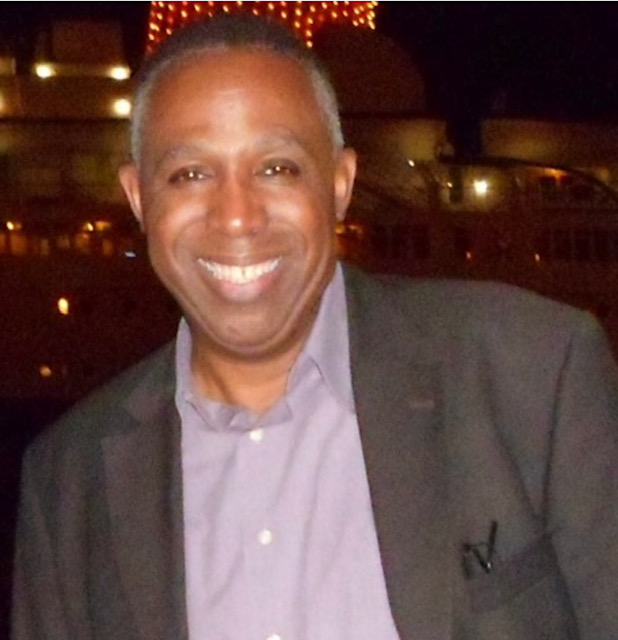 I was Born in Queens, New York to a heritage that is rich in culture. I am obviously African-American; however, I am also part Jamaican, part Panamanian, part Cherokee Indian… and there’s more.   I have lived in three of the five New York Burroughs.  I have been bi-coastal, meaning that from early childhood to my late 30’s I commuted from one coast to the other, either due to my parents needs, or as an adult for my own work needs.

I studied Laser Optics, Physics, Mathematics, Languages, and History & Economics; however, my gregarious nature drove me to more social endeavors. I worked for a major airline in reservations, public relations, and cargo shipments, culminating my career in management with the same company.

Next, I decided to put my education to use working for the U.S. Department of Defense on 21st century projects.  I would tell you more about this; however, I am bound by the government not to go into detail. A new career path became necessary because of contractions in both governmental and private sectors after the first Gulf War.

The path that ensued was a career in the automotive industry for three major car companies; first Honda/Acura, then Nissan/Infiniti, and finally Mercedes Benz. I was in sales, trained staff in product and customer service, and also managed an Infiniti dealership where I improved customer service, thereby improving sales.

One of my dreams was to become an actor.  So around 2002  I took a several acting classes and launched my professional acting career. My first acting gig was as a doctor on Star Trek, Enterprise (The TV series). I have done a number of local and regional commercial works and have had a role on Criminal Minds as a good guy — but I really wanted to play asociopath.  My most rewarding and longest acting gig for seven seasons was as an anesthesiologist (background) on the TV serious HOUSE M.D.

Singing has now become my latest passion.  It has gone from the shower, to karaoke, to having the honor of being asked to sing at the HOUSE M.D. Red Carpet Final Wrap Party by the star of our show, Hugh Laurie.  I accepted and was applauded exuberantly by the audience.  It was a fitting way for me to end my seven of the eight illustrious seasons on that show.

I love traveling and meeting new people. I have visited England, France, Austria, Germany, Brazil, the Bahamas, Puerto Rico, the Virgin Islands, and Jamaica.  I expect to do much more traveling in the near future. One can have more than one passion in life; acting, singing, and traveling are three of mine.

Around the turn-of-the-century I went through a divorce. That divorce left me pretty much penniless and with a lot of self-doubt.  And though I was in the acting profession, I wasn’t making the kind of money that was able to sustain me, or pay for children’s needs.  My story was sort of like a country song record.  I lost everything….my relationship with my kids, my wife, my home,  my income, as well as my self esteem/confidence.   It took me almost ten years to recover.

During that time I had to take mass transit all over Los Angeles, Orange counties, because along with everything else that I had lost, I lost my driver’s license and passport as well.  I so disliked taking the bus, that I began writing down stories of the experiences I had encountered and the people whom I met as a way to cultivate a better attitude.  At that time I had no idea that those anecdotal writings were going to lead to a book called, “Daddy’s Limo.”

In 2013 I interviewed for a job that would turn my life around. I met a young man who was an MIT graduate, who also was starting  at the ground level working.  He would become my friend, mentor, and boss.  My position was as an appointment setter in the solar industry.  That position led me to become one of the top retail managers for the company and now I am a trainer for that same company.

“Daddy’s Limo” is available on Amazon as an e-book and a physical book, as well as an e-book on iBooks and Nook.

More about Glenn Clarke (aka Clarke, Glenn) and his book, “Daddy’s Limo,” at https://www.amazon.com/Daddys-Limo-Sort-Glenn-Clarke-ebook/dp/B0113D02P0