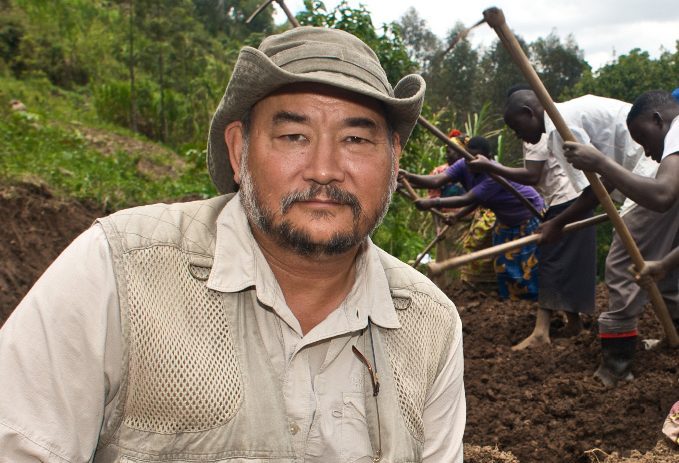 In the 1980s and 1990s John D. Liu worked as a television producer and cameraman with CBS News, RAI and ZDF covering geo-political events including the rise of China from poverty and isolation and the collapse of the Soviet Union. In the mid-1990s the World Bank asked John to document the rehabilitation of the Loess Plateau.

Since learning that it is possible to rehabilitate large-scale damaged ecosystems John has devoted his life to understanding and communicating about the potential and responsibility to restore degraded landscapes on a planetary scale. Since 2009 John has worked with Willem Ferwerda the Founder and CEO of the Commonland Foundation, which is catalyzing privately invested large-scale restoration in many parts of the world. John is also the founder of the Ecosystem Restoration Camps movement that began in 2016 and has grown to over 40 camps in 6 continents and continues to grow.

Studying ecology led John to receive a number of academic appointments. In 2003 John was given a visiting Fellowship with the Faculty of Applied Sciences and the Faculty of the Built Environment at the University of the West of England (UWE), in 2006 John was named the Rothamsted International Fellow for the Communication of Science at the Rothamsted Research Institute of the UK, from 2008 to 2012 Mr. Liu pursued graduate studies in Soil science and ecology at Reading University, in 2009 Mr. Liu was appointed Assistant Research Professor at George Mason University, from 2010 – 2013 he was a Senior Research Fellow with the International Union for the Conservation of Nature (IUCN) and in 2013-2014, Mr. Liu was asked to collaborate with the Critical Zone Hydrology Group, Vrije University Amsterdam. In 2014 Mr. Liu was named a research fellow at the Netherlands Institute of Ecology of the Royal Netherlands Academy of Arts and Sciences (NIOO/KNAW) and continues to study.

John has produced, filmed, written, directed and presented numerous films on Environment and Ecology for the BBC, National Geographic, Discovery, PBS and other networks. John’s published and broadcast works are collected and available at: knaw.academia.edu/JohnDLiu