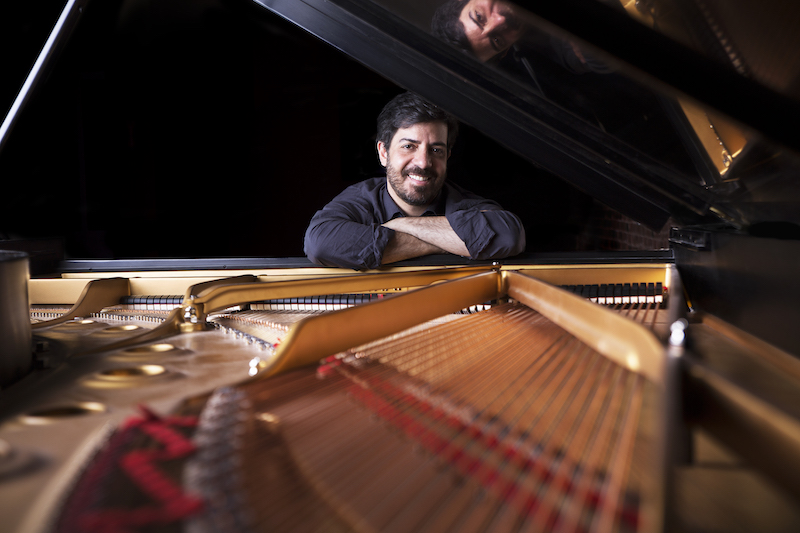 Murray Hidary is a multi-disciplinary, creative visionary and tech pioneer who started his first company at 22 years old, after studying Music and Composition at NYU.

Murray’s success as an early Internet entrepreneur, starting in 1994, sprung from his innate sense that creating networks and platforms for connection amongst people could both elevate productivity and consciousness.

This purpose-driven approach to the Internet’s power garnered Murray considerable business success, including EarthWeb’s groundbreaking IPO in 1998, which was the third largest single day share gain in NASDAQ history at the time, and the growth and sale of several more companies including career site Dice and expert network Vista Research. In addition to his robust career in tech, Murray is an acclaimed photographer, composer, and musician with a voracious appetite for ongoing learning and adventure.

Murray has studied theoretical physics extensively; trained in the study of Aikido and the Shakuhachi (the Japanese bamboo flute) and its ancient music tradition of the Zen monks with some of the greatest teachers. Additionally, he journeyed the globe mindfully connecting with the fundamental elements that surround us. In an effort to gain deeper understanding of himself and of nature, Murray sought out experiences to simultaneously challenge and test himself physically and mentally as well as give him perspectives of natures core elements including water, rock and wind.

Climbing Mont Blanc, the Grand Teton and Mount Cook as well as countless technical rock climbing routes gave him and intimacy with the earth. Scuba-diving the Great Barrier Reef extensively and whitewater kayaking rivers allowed to ‘become’ the water. Paragliding the high mountains from Colorado to Mexico allowed him to feel and connect with the wind and understand flight. These pursuits, in addition to several marathon runs allowed him to push his mind and body connection, see what he was made of and learn how to confront, process and act in the face of fear.

Murray’s work, quest and ongoing studies remain closely entwined: he’s out to ignite transformation, to connect the seemingly disparate elements of this world, and to live in a constant dance of unfolding the hidden universe. At age 30, Murray wrote and recorded his first symphony in St. Petersburg, Russia. Moved by direct experiences that his curiosity towards deeper levels of consciousness created through music that began with his study of zazenor moving meditation with the Japanese Zen flute, Murray translated that process to the piano and began to lay the groundwork for what would eventually become MindTravel. The essence of MindTravel started as a personal practice for Murray many years ago, bringing music and visual art together, blurring the lines and pushing the edges of these mediums for direct expressions of deeper consciousness.

In bringing MindTravel to a broad audience, Murray’s goal is to create the space for people to have a powerful journey, which is at once provocative and reflective, healing and transcendent. Murray’s musical performances are a fusion of contemporary classical style, and contain a highly original expression of the avant garde, presented to audiences in concert halls, beaches, parks and beyond. For Murray, music communicates a profound coalescence of language and concept – a bridge connecting that which is hidden with that which is manifest.

Murray is involved with several philanthropic causes. He is the board chairman of the new music string quartet ETHEL, resides on the boards of UCLA’s Center for the Art of Performance and Four Way Books, a publisher of poetry and short fiction by emerging and established writers. He is also a member of the New York University Dean’s Advisory Council and is the recipient of the NYU Distinguished Service Award where he has given the commencement speech at Madison Square Garden.

More About Murray Hidary at www.murryhidary.com