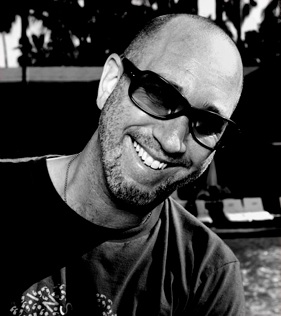 Picture Perfect… Changing World Fredric Reshew creates visceral and majestic images that are emblematic of the modern world. Reshew consistently delivers thought provoking work that has a fluid and resonant quality. Like his imagery, Reshew is continually evolving. Refining. Streamlining. He is a seeker – transiting between still frames and moving pictures.

Originally from Los Angeles, Reshew is that rare American photographer to have Actually lived and worked in Europe for over 11 years. He has worked for such notable publications as Arena Hommes Plus, Big, NY Times Magazine, British GQ, Details and many others. He directed his first short film “Breathe” in London where he had been written up in London’s exclusive Campaign Screen as one of the “Hot new directors to watch.”

Some of His Subjects have included many high profile Actors and musicians such as Kanye West, Fiona Apple, Alanis Morissette, and bands like Massive Attack and Daft Punk to name a few.

After moving back to Manhattan from London Reshew wrote another short film, entitled ‘OM’ – on which he served as both Director and Producer. To date the Award winning short Film has been in over 25 festivals worldwide and drawn critical acclaim from places as far-reaching as China. Visit OM-TV.org.

You can watch the Film here.

Reshew lives in both Stockholm and Los Angeles with his Wife and two children.