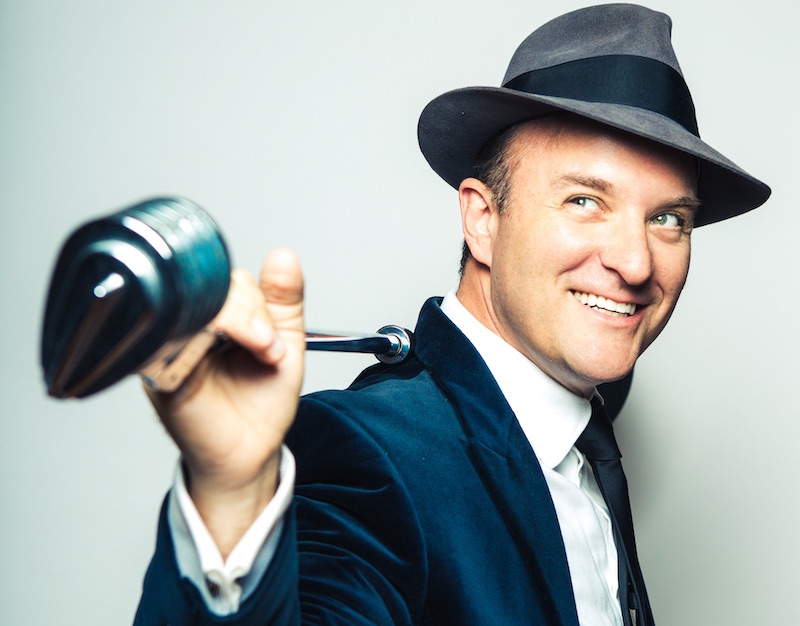 With a voice that harkens back to the golden age of Hollywood, Douglas Roegiers is a highly skilled and extremely versatile entertainer who channels back to the great days of the Big Band Swing era made infamous by the likes of Frank Sinatra, Dean Martin, Bobby Darin and Bing Crosby. His one-of-a-kind style and persona are larger than life and his live show is a must-see!

His loyal fans know him as ‘The Crooner’ and he lives up to the title in every sense of the word, bringing his smooth and classy sound to public and private performances around the world. Douglas gained notoriety when he was coined ‘Best of LA’ by LA Magazine. He later made a splash across television screens nationwide on NBC’s ‘The Winner is’ while also performing regularly at Universal Studios.

During the “Great Quarantine of 2020,” Douglas is performing a weekly Facebook Live show every Saturday at 6pm (PST). Douglas also performs private Zoom parties, too!