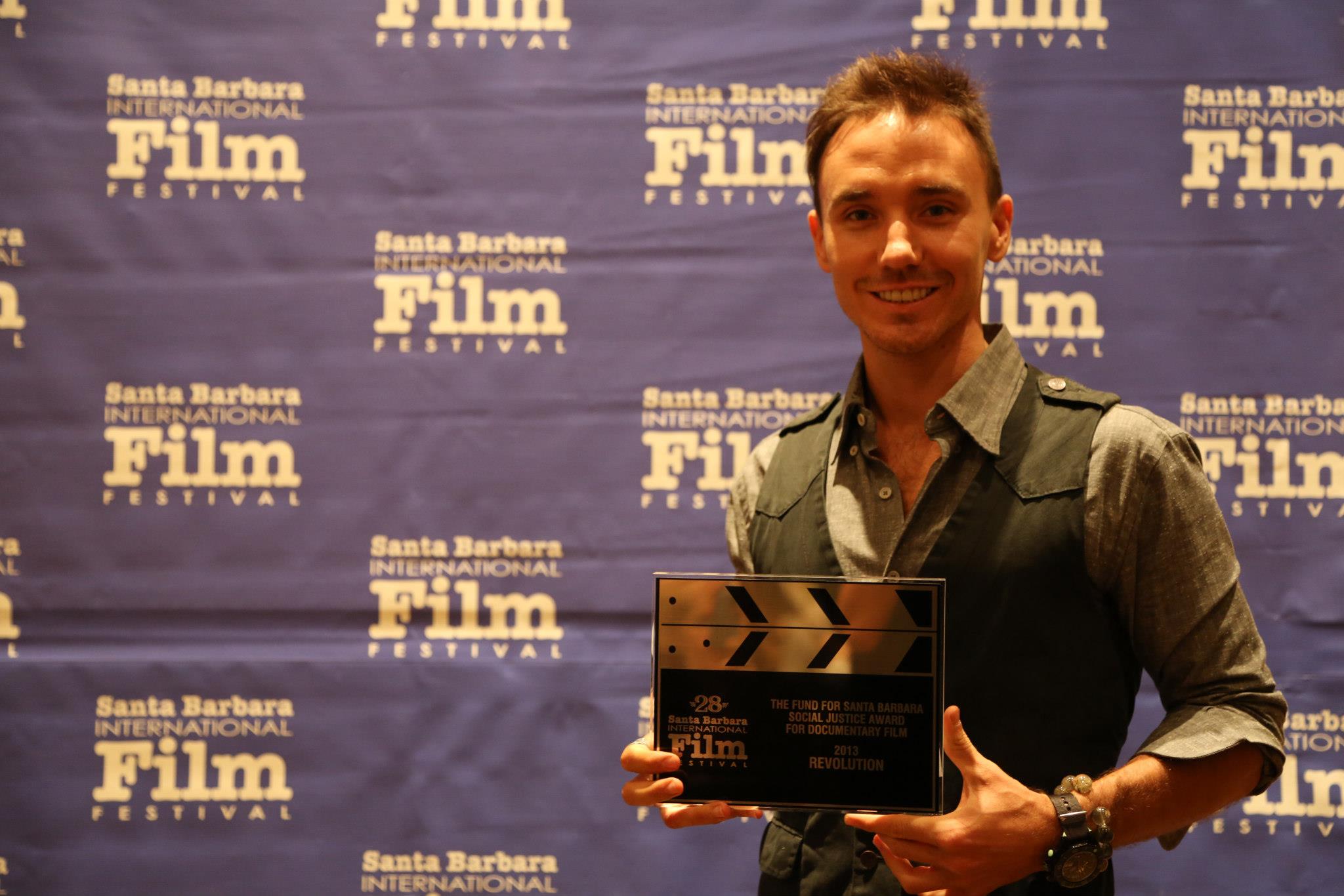 “Exploring Oceans of Truth,” with Producer and Protagonist of the Highly Acclaimed and Award Winning Films, “Sharkwater,” and “Revolution,” Rob Stewart; and Musical Guest Michael Vincze on The LIFE CHANGES Show

Rob Stewart is an award-winning biologist, photographer, conservationist and filmmaker. Born and raised in Toronto, Canada, Stewart began photographing underwater when he was 13. By the age of 18, he became a scuba instructor and then moved on to earn a Bachelor of Science degree in Biology, studying in Ontario, Jamaica and Kenya.

Before making Sharkwater (2007), Stewart spent four years traveling the world as chief photographer for the Canadian Wildlife Federation’s magazines. Leading expeditions to the most remote areas of the world, Stewart has logged thousands of hours underwater using the latest in camera and rebreather technologies. Stewart’s highly sought after images have appeared in nearly every media form worldwide.

Sharkwater has been hugely successful, premiering at the Toronto International Film Festival and winning a “Canada’s Top Ten” award. Sharkwater made history with the largest opening weekend of any Canadian documentary, and was the most award-winning documentary of the year, winning over 35 awards at prestigious film festivals around the world. As of 2012 it is the third highest grossing Canadian documentary in the last ten years, next to the high budget films, Nascar and Oceans.

Stewart’s hardcover book, Sharkwater: An Odyssey to Save the Planet, was released in October 2007 by Key Porter Books. His book Save the Humans was be released in the Fall of 2012 by Random House.

Stewart continues to work towards conservation and environmental education, speaking at the University of Victoria, Yale University, Vancouver Aquarium, ROM, various TEDx events, and others.

For More Information on Rob Stewart or “Revolution” Visit:  www.therevolutionmovie.com

Revolution is a feature documentary about opening your eyes, changing the world and fighting for something. A true life adventure following director Rob Stewart in the follow up to his hit Sharkwater, Revolution is an epic adventure into the evolution of life on earth and the revolution to save us.
Discovering that there’s more in jeopardy than sharks, Stewart uncovers a grave secret threatening our own survival as a species, and embarks on a life-threatening adventure through 4 years and 15 countries into the greatest battle ever waged.

Bringing you some of the most incredible wildlife spectacles ever recorded, audiences are brought face to face with sharks and cuddly lemurs, into the microscopic world of the pygmy seahorse, and on the hunt with the deadly flamboyant cuttlefish. From the coral reefs in Papua New Guinea to the rain forests in Madagascar, Stewart reveals that our fate is tied to even the smallest of creatures.

Through it all, Stewart’s journey reveals a massive opportunity, as activists and individuals all over the world are winning the battle to save the ecosystems we depend on for survival. Presenting the most important information on human survival and inspiring people all over the world to fight for life, Revolution is essential viewing for everyone. Startling, beautiful, and provocative, Revolution inspires audiences across the globe to join the biggest movement in history that’s rising to the challenge of saving our world.

More About Rob Stewart at: sharkwater.com/rob-stewart/