Keeping the Music and the Memory of Sergio Franchi Alive, with Guest Eva Franchi on Life Changes With Filippo – Radio Show #118 S3:E27 (2011) 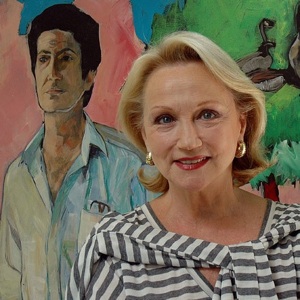 Eva Franchi, also known as Mrs. Sergio Franchi is the Founder of The Sergio Franchi Music Foundation which gives scholarships for the Arts, primarily the singing arts. Her late, great husband the Italian turned American tenor was best known for his leading roles on Broadway, in “Do I Hear A Waltz,” and “Nine,” as well as frequent TV appearances singing on the Ed Sullivan show as well as having his own TV Show, and headlining in Las Vegas.

A prolific recording artist on the RCA Victor label, his albums “Romantic Italian Songs” (his first US album, 1962) and “Our Man From Italy” (1963) were both on Billboard’s top-40 album charts during their respective years. It’s fitting that we have Eva Franchi on for our Fourth of July show, because, Sergio loved his heritage but he was also very proud to be an American! When he became an American citizen in 1972, he used to say very proudly, “Now I’m a Yankee Franchi!”

Throughout his career of 28 years, Sergio was a dedicated supporter of the arts and many other charitable organizations that were geared towards his heritage and the things that he held dear, organizations such as Boy’s Town of Italy, and the National Italian American Foundation. For his efforts he received the highest award from Boy’s Town, the Michelangelo Award, and the title of “Cavaliery” from the Government of Italy.

The intent of this foundation is to continue what he believed in…helping others. It was Sergio’s fondest wish that talented, poor, deserving children be given the same chance that was once given to him. In Italy when Sergio’s funds had run out and he had to stop studying, the help and encouragement of one special friend enabled him to hang in a little longer and wait for his big ‘break.’

He would be so proud to know that through his name, he is still able to give. Since 1993 we have been able to award over 470 scholarships and awards to students of vocal studies, young tenors and sopranos, with the hope that through beautiful, romantic, classical music we can keep the spirit of romance alive in our hearts – The very thing that Sergio has always stood for.
For more information how you can help, or to get tickets to the next concert, visit www.SergioFranchi.com