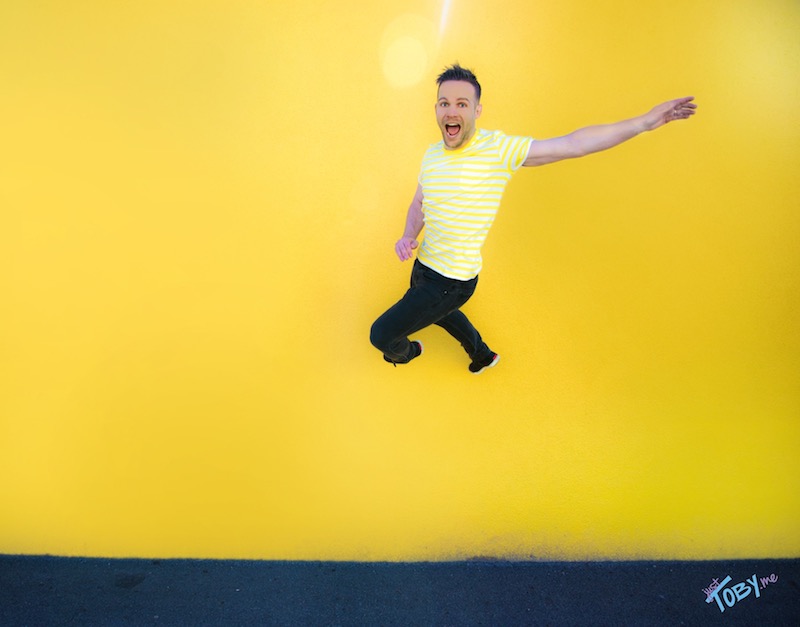 Tom Goss is an indie singer-songwriter who mixes tender folk ballads with pop/rock. A prolific writer and performer, he has released seven albums and played more than a thousand shows across the US, Canada, and Europe.

Tom has been compared to Brett Dennen and Mat Kearney — but with a distinct voice shaped by his identity as a gay man and his unusual history. A college wrestler turned Catholic seminarian turned touring musician, Tom weaves his story throughout a powerhouse live set that moves between touching love songs and high-energy anthems.

Known for his love songs, Tom’s music has been called “moving” and “incredible” (Huffington Post), “beautifully composed” (The Daily Beast), and “hauntingly beautiful” (Out). His songs have been heard on ABC, HBO, in several films, and his inventive music videos (Son of a Preacher Man, Breath and Sound, Bears, Click), have been viewed more than nine million times. Tom has shared a stage with performers as diverse as Andy Grammer, Martha Wash, Taylor Dane, Steve Grand, Adrianne Gonzalez, Matt Alber, and Catie Curtis, and he enjoys a particularly strong following in the LGBT community.

A native of Kenosha, Wisconsin, Tom went to college in Missouri on a wrestling scholarship with plans to become a schoolteacher. A semester of substitute teaching in Illinois changed his mind, but still wanting to make a difference in the world, he decided to become a Catholic priest, moving to Washington DC to enter seminary. Disillusioned by his experiences there, and with a growing awareness that he was gay, Tom found himself in music and began a career as a touring performer.

Currently based in Los Angeles, Tom will be touring the US this spring and summer with a new multimedia show that incorporates guitar, storytelling, and video.

More About Tom Goss at: