Your Water Knows More Than You Think, with Guest David Sereda on Life Changes With Filippo S1:E2 (2009) 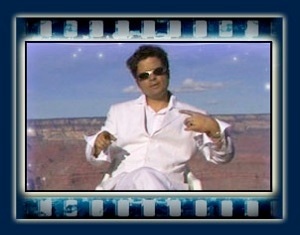 Hear Film Director, Producer, Scientist… David Sereda talk about the film “Water,” and about the implications of what water really is, and what it can do.  David will change the way you look at water, forever.  Learn more about David at www.VoiceEntertainment.net.

He has appeared on hundreds of radio shows such as Art Bell, George Noory, Ian Punnett on Coast to Coast AM; “If it Rocks” with Allan Handelman; Whitley Strieber’s “Dreamland,” and worldwide on many TV shows such as CNN, Anderson Cooper; Fox News, Fox & Friends; ABC Peter Jennings; History Channel, TLC, & the Sci-Fi channel.

He has met and studied with many meditation masters from the far East such as Baba Hari Das, Takar Sing, Swami Shyam, OSHO, Poonjaji, the Mother Meera, Sri Sri Ravi Shankar, the Dalai Lama, Kalu Rinpoche (and many other Rinpoches), and Bhante Shibuya Subhutti, as well as Wallace Black Elk and many other native Indian teachers.

His goal is to inspire and teach other people about how they can have their own mystical/religious experiences, and how they can use meditation and prayer to heal any mental challenges or personal struggles they might be experiencing.