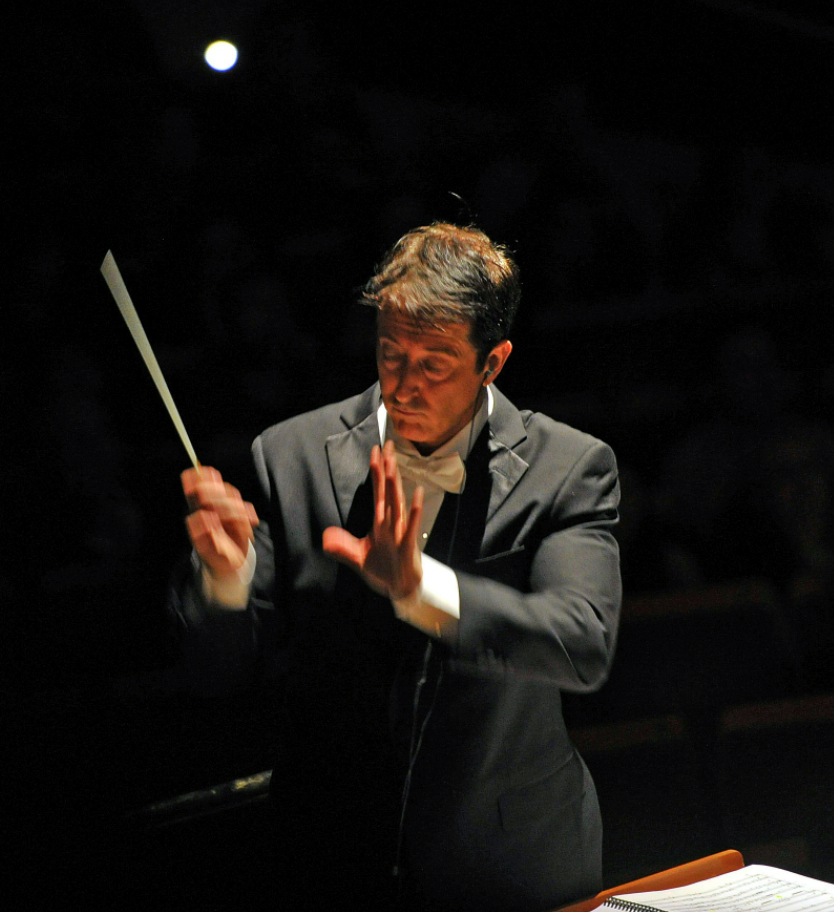 “Composing the Symphony of Your Life,” with Guest Professional Composer, Musician and Publisher, Christopher Caliendo; and Musical Guest, Flutist, John Barcellona on The LIFE CHANGES Show

As a world music composer, Caliendo is considered a “best bet” by the Los Angeles Times, with more than 500 published works, many of which are standards in today’s repertoire. The complete catalog is now represented in 47 stores nationwide with additional presence in Belgium, Canada, England and South Korea. In recognition of this achievement, Caliendo has won numerous honors, including 10-time winner of the National Flute Association’s Newly Published Sheet Music Award.

As a composer for film and television, Caliendo’s accomplishments include the 20th Century Fox-commissioned soundtrack to John Ford’s 1924 silent film The Iron Horse. Called an “excellent orchestral score” by New York Times film critic Dave Kehr, the 136- minute original work was featured at 20th Century Fox’s 75th anniversary celebration in 2010, where selections were performed by the Los Angeles Philharmonic, along with music from Alfred Newman, David Raskin, Jerry Goldsmith, John Williams and Rodgers and Hammerstein. The soundtrack was also included in the Top 10 Film Scores of 2007 by Film Score Monthly magazine.

Caliendo was also commissioned by Sony Pictures to compose a new score for the 2005 re-release of Sam Peckinpah’s 1965 feature Major Dundee, which earned him the honor of being the first composer in film history to re-score a major motion picture. Film critic Leonard Maltin declared the score “A great victory!” while Grover Crisp of Sony Pictures said “[The score] is in the vein of Jerry Goldsmith or Elmer Bernstein or Alex North scores for similar pictures: Big where it needs to be, intimate where it needs to be, but really full-bodied and complex, fitting its subject perfectly.”

Caliendo has also written music for the documentary Life Is Love, which premiered at the Cinequest Film Festival in 2014, and for the TV series’ Dallas, Knot’s Landing and Paradise, for which he received an Emmy nomination in 1988.

Additional composing honors for Caliendo include the Artin Arslanian Music Scholarship for Composition; the Henry Mancini Music Scholarship; the Leonard Goldberg Music Scholarship for Composition; the Music Now Award; the Peabody Grant for Humanities; the Wilma Drama Scholarship for Outstanding Achievement in the Humanities; commissions by three state senators to premiere and perform new “chamber jazz” works at fund-raising events; and a decorative scroll from the City of Los Angeles commemorating Caliendo’s distinction as the first American to be twice-commissioned by Pope John Paul II for the Vatican’s “Encounters of Sacred Contemporary Music Festival” in Rome, Italy, where he debuted The Mystic Saints, a two-hour drama based on four of the Catholic church’s most enigmatic pioneers in Western spirituality.

As a concert guitarist, Keith Hannaleck of Gramophone magazine has described Caliendo as “one fantastic guitar player…simply masterful and as fluid as humanly possible…[one] of the best musicians in the world.” He has performed with many Hollywood luminaries, including Larry King, Linda Hamilton, Ron Perlman, The Manhattan Transfer and Walter Koenig, and was selected by Bob Hope to be the featured performer for his 90th birthday celebration. He is also a recording artist for major film studios on movie soundtracks and currently tours his world music with the Caliendo Trio. Caliendo is endorsed by Kevin Ryan guitars, performing on the model “The Mission Grand,” and has numerous CD recordings.

In addition to being a world music composer and concert guitarist, Caliendo is also a guest speaker, teacher, conductor, performer and master-class technician at major universities and other venues. His motivational seminar, “Composing Success,” based on his substantial knowledge of the music industry, targets both composers and performers who wish to establish self-reliance and accountability, knowing their creative actions are in alignment with their creative purpose.