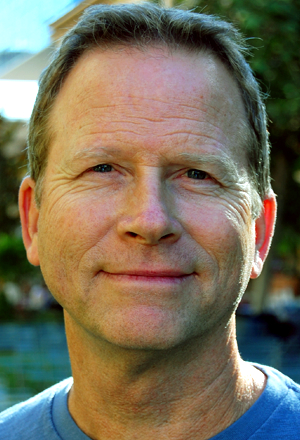 Clete is a third generation filmmaker. Like his father and grandfather, he was drawn to the entertainment business at an early age. In his youth, Clete joined “The Stable,” a successful repertory theater. His profound performance in the play titled, THE WILLIAM, won Clete the DramaLogue Award for Best Actor. He was involved in over 50 plays, sharpening his skills as a director, writer, and actor.

Clete focused his sights on writing. He wrote, co- directed and starred in the feature DEAD SILENCE. He then wrote and starred in both THE FOOL, and BEARLY ALIVE, THE LARS VAN VANDERMEER STORY. That year, THE FOOL was rated one of the top 5 most watched short films on the Sci-Fi channel.

Clete then wrote, starred in, and directed the award winning feature film, INSTANT TRAUMA. Clete’s writing and directing of INSTANT TRAUMA landed him a seat on the writers panel at the Sedona Film Festival, which included: Ron Bass (RAINMAN), Bo Goldman (SCENT OF A WOMAN, ONE FLEW OVER THE CUCKOO’S NEST), writer/director Daniel Petrie Jr. (BEVERLY HILLS COP) and Michael Miner (Robocop).

Clete has written over 25 screenplays. His screenplay most recently produced was 3 DAYS BLIND. In addition, he recently finished the screenplay, GINORMOUS.

Clete’s current project is a play, THE DIFFERENT SHADES OF HUGH. It opened the 2014 season at the THE ROAD THEATRE COMPANY on January 24!