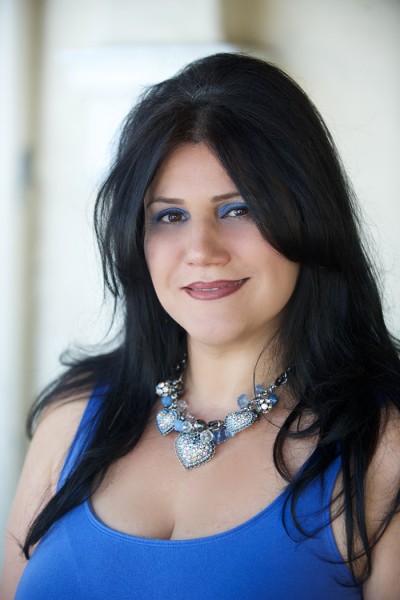 “A Nightingale Sang on Los Feliz…”   This is how Zen Thompson, music critic of Los Angeles Times, described Mariné Ter-Kazaryan’s first performance in the United States. Ms. Ter-Kazaryan has been on numerous concert tours both as a singer and a pianist to different cities of Armenia, Soviet Union, Canada, Mexico and the United States. She has made recordings at the Armenian State Radio, which to this date are aired. She has received warm recognition and high ratings from Soviet, American, Mexican and Armenian music critics and professionals.

Along with portraying such exciting roles as Tosca (Tosca – Puccini), Rusalka (Rusalka– Dvorak), La Wally (La Wally – Catalani), Leonora and Elena (Il Trovatore and I Vespri Siciliani – Verdi), Mikaela (Carmen – Bizet), Cleopatra (Giulio Cesare – Handel), Lucia (Lucia di Lammermoor – Donizetti), and Constanza (Die Entführung aus dem Serail – Mozart), Ms. Ter-Kazaryan’s career is also noteworthy as a pianist and a teacher. She is a winner of International and local competitions, including the Los Angeles International Liszt Competition, Young Keyboard Artist International Piano Competition, Grand Prize winner of Clef Club Competition, and a double Grand Prize Winner in Piano and Voice categories at the Armenian Allied Arts Association’s Competition. She is an honorary member of the Golden Key National Honor Society, Pi Kappa Lambda Music Honor Society, and is affiliated with NATS. She has performed many voice and piano solo recitals, as well as had performances with orchestras such as the Armenia Philharmonic, Riga Philharmonic, USC Symphony, Nayiri Center for the Arts Orchestra and appearances with the USC Opera and Euterpe Opera.  She has been a regular solo recitalist on Enlightenment Music Series and Classics Become Eclectic concert series.

Ms. Ter-Kazaryan serves on the faculty of Glendale Community College teaching applied voice, piano and music fundamentals since 2011. She has also been on the faculty of Pasadena Conservatory of Music since 1997, where she teaches individual piano and voice lessons, teaches masterclasses both in piano and voice, collaborates with instrumentalists and vocalists during recitals, juries and competitions.  She has been the Chair of Piano Department at the Nayiri Center for the Arts, where she has taught for eight years.  Her students have gone on to be music performance majors at prestigious universities such as Eastman School of Music, Oberlin Conservatory, Harvard, USC New England Conservatory, UC San Diego and Cal State University, Northridge.  Ms. Ter-Kazaryan is also a highly sought-after adjudicator of local and international competitions.

Mariné Ter-Kazaryan is a performing artist who searches for perfectionism and emotional fulfillment. She strives to deliver her music to the audience with a high professional quality. Being exposed to the audience from a very early age she realizes that her audience has to go home with his/her emotional spirit uplifted.

“Music is a universal language. Not only it connects people from different parts of this planet, conveying emotions, feelings, and even thoughts, but it also removes us to an entirely different universe, freeing our mind and soul from everyday routine burdens, leaving behind only beauty, love, and serenity. It’s magic, and I love that through teaching I can spread this magic among our students, children or adults!”