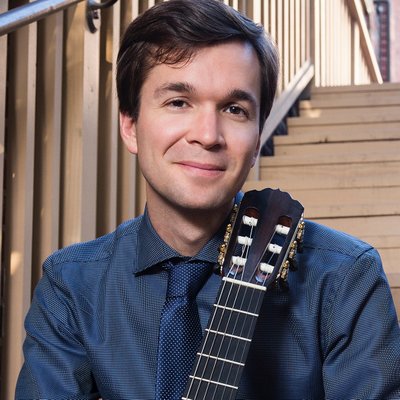 “Championing the Dance of Life,” with Guests the Award Winning Dancing Duo, Soloists, and Choreographers, The Ella Sisters, (Fiorella Vultaggio and Gabriella Vultaggio); and Musical Guests Cameron O’Connor, Guitarist and Composer, and Violist, Kimberly Fitch on The LIFE CHANGES Show

Cameron O’Connor, whose playing has been described as “stunning and emotive” (Eugene Register-Guard), enjoys a diverse career in solo, chamber, contemporary, and popular music. Recent highlights include performances with LA Opera singers in the premiere of Neely Bruce’s “Circular 14: The Apotheosis of Aristides;” solo and duo recitals throughout Japan; chamber music and opera appearances with musicians of the Oregon Symphony and Eugene Opera; as a chamber music soloist at the New World Symphony in Miami (for which the South Florida Classical Review noted that he was “especially effective in the quick and diabolical figures”); appearing as a guest artist and performing duos with Sharon Isbin at the Aspen Music Festival and School; performing with Michael Tilson Thomas and the New World Symphony; and appearing under the baton of Chinese composer Tan Dun in his Eastern-tinged Concerto for Six, for which the New York Times reviewed that “O’Connor fluttered on his guitar strings in a manner reminiscent of a pipa player’s technique.”

Additionally, O’Connor is a prizewinner in ten international competitions, including the Tokyo and Frances Walton. His performances have been featured in films, from James Franco’s Don Quixote to Some Kind of Spark (a documentary made on The Juilliard School’s Music Advancement Program) to Scott Tennant’s instructional classic Pumping Nylon, and on radio broadcasts such as KPFK’s Global Village, KingFM’s Northwest Live!, Portland All-Classical, and American Public Media’s Performance Today. His articles and music are published by LACG Editions. O’Connor also performs regularly in musical theatre productions on electric guitar, banjo, and mandolin, and now serves on the faculty of Oregon State University. O’Connor was a full scholarship recipient at CSU Northridge, where he studied with Ron Borczon; the Juilliard School in New York City, where he studied with Sharon Isbin; and at the USC Thornton School of Music under William Kanengiser. Upon completion of that degree, the Thornton School designated him as Outstanding Doctoral Graduate.

More About Cameron O’Connor at: www.cameronoconnor.com