Translate this site in any language : LISTEN LIVE   EVERY MONDAY NIGHT AT 7 PM PT...  SHARE SOME CHANGE...  LISTEN LIVE
HEAR ARCHIVED SHOWS HERE
Home Topics Alternativity How Music is FELT by Our Bodies, with Guest Alan Howarth on Life Changes With Filippo S1:E9 (2009)

How Music is FELT by Our Bodies, with Guest Alan Howarth on Life Changes With Filippo S1:E9 (2009) 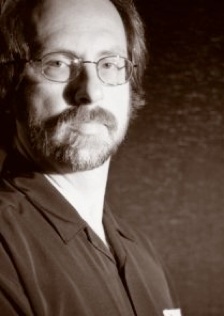 Hear Alan Howarth, Producer, Composer, Sound Designer and Founder of RA Music, who brought us the music of the “Halloween” Film Series and did sound design for such hit movies as the “Star Trek” Series, “Back to the Future,” “The Mask,” “The Little Mermaid,” “Die Hard” and “Robo Cop” speak on how music is FELT by our bodies and RA Music.

From scores to special sound effects, from Halloween stalkers to STAR TREK, Alan Howarth’s electronic imagination has contributed to some of the biggest genre films of the ’80s. Alternately wearing the hats of both composer and sound effectsman, Howarth has collaborated with John Carpenter on the music from nearly all of his movies starting with ESCAPE FROM NEW YORK; he’s provided sound design and effects for POLTERGEIST, RAIDERS OF THE LOST ARK, all the STAR TREK movies, THE HUNT FOR RED OCTOBER, Coppola’s DRACULA, TOTAL RECALL, and STARGATE, among others. As a composer, he’s scored all or part of all the HALLOWEEN films, composed music for RETRIBUTION, THE DENTIST, and others.

Learn More About Alan Howarth and RA Music at www.alanhowarth.com