Affecting Lives By Your Presence, with Guest Gabriella Wright and Musical Guest Bobbo Byrnes on The LIFE CHANGES Show #517 Pg2 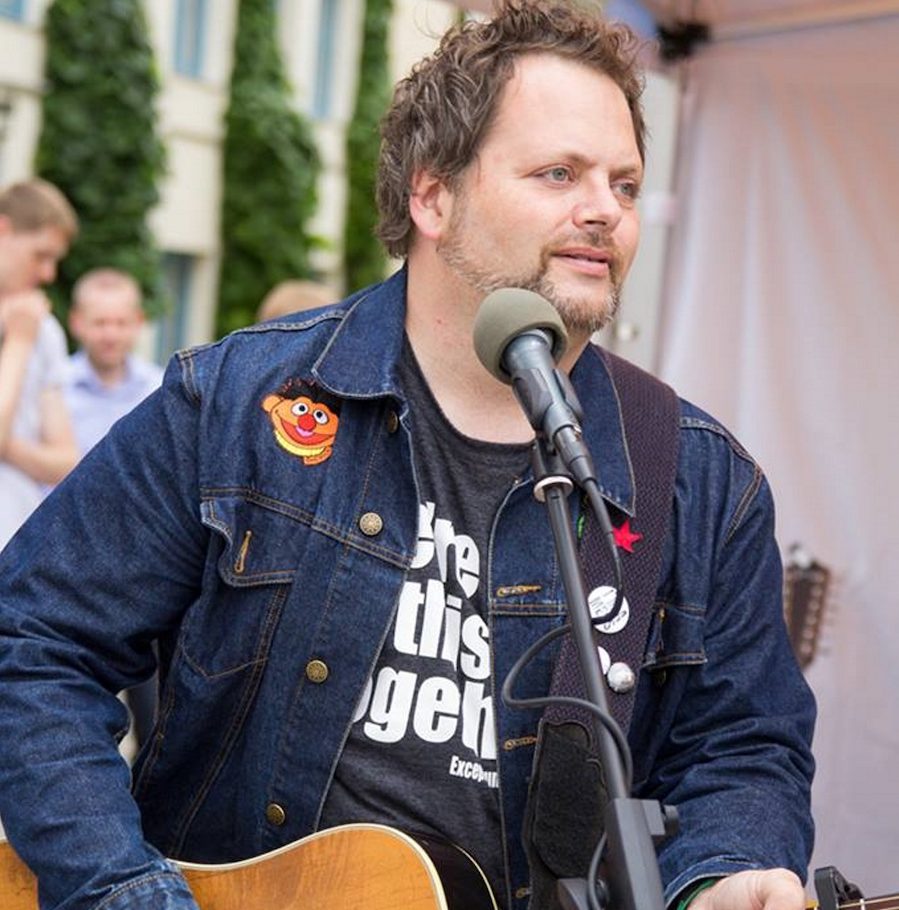 Bobbo Byrnes is not a musician who remains still very long. Between The Fallen Stars, Riddle and The Stars, and solo performances, Byrnes plays about 150 shows every year. That being the case, it’s no surprise that from Billerica to Berlin, his songs are born from a life on the road. You need look no farther than “Heart like Mine”, in which he explores the theme by singing about the roads that take him from show to show.

Two Sides to This Town is an album that is a product of Byrnes’ busy touring schedule. However not all of the songs are road songs. “Angelia” is a contemplative song, and the one from which the album takes its title. “Angelia, is the spark, the kick in the ass that makes you get up and do something. It’s a song about the muse that inspires you to look beyond your own front yard and be a better version of yourself.”

Seeking is another common theme on this album, whether the object of the search is answers to a division of people, a car that doesn’t break down all the time, or simply the next show. With Byrnes the search for the next show is constant, which is a good thing because it means he’ll continue to write and record heartfelt songs like the ones on this album.

Over the past two years, I’ve played over 330 shows in 17 US states and 7 different countries. I was voted Best Best Band by OC Weekly magazine and Best Country / Americana Band by the OC Music Awards and the LA Music Critic Awards. I received another award from the OC Music Awards for “Best Live Acoustic Band” as well as the SoCal Live Music Comp. I was one of the nominees for the Toronto Independent Music Awards and the South Australian Music Awards. “Two Sides To This Town” landed on Number 25 of the best albums of the year and the song “Angelia” was nominated by NBT Radio in Germany as number 27 of the best songs of the year. (Http://nbtmusic.de)

You can find Bobbo’s music at www.bobbobyrnes.com on iTunes, Spotify or directly at www.soundcloud.com/bobbobyrnes.

You can find some current reviews here:

· “It only takes a cursory listening to “Two Sides To This Town” to realize that an important and essential new artist has indeed arrived.” ~ Goldmine Magazine Jan 2019 (U.S.A.)

· “While Byrnes has his own strong artistic voice (including his stellar skills on guitar, mandolin and keyboards), his songs and his musical passion will appeal to the fans of Springsteen, Ryan Adams, Dawes and John Mellencamp.” ~ Rock n Roll-Truth (Los Angeles)

· “Byrnes is in the traditional ‘Americana Camp’ and does not spare his rock movements, he does everything possible on the guitar and the keyboard and has a great voice on top of that.” ~ www.folkworld.eu (EU)

· “On Two Sides Of This Town America can be heard without lying politicians. Bobbo Byrnes is a much better ambassador of his country than twittering power holders”~ www.realrootscafe.com (Netherlands)

· “The sequel to the solo debut “Motel Americana”, released in March of last year, continues Bobbo through the ten new songs … and shows what an exquisite and soulful singer / songwriter he is.” ~ http://popgeni.blogg.se (Top 20 Release of the Year)(Sweden)

· “The multi-faceted voice and the skillful guitar playing of the musician provides a lot of variety and kidnaps the listener from the beginning. Byrnes only uses effects when they are really necessary, his guitar is usually enough, or rather his guitars, because the singer-songwriter usually has several in tow. “~ NWZOnline (Germany)