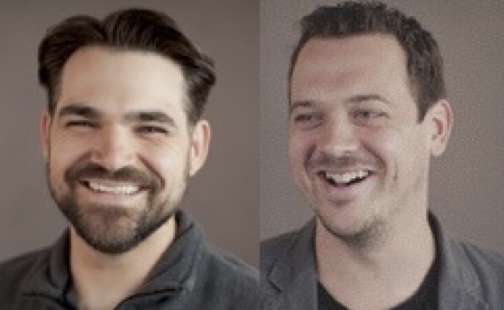 A Little Girl, A Lot Less Slaves with Guests Directors Patrick Moreau and Grant Peelle of the Film “#standwithme” No. 1 film of the LIFE CHANGES NETWORK’S List of the Top Ten Independent Films That Could Change The World, 2014.  And Musical Guest, Sam Babayan of the band Dirty Diamond.

Patrick Moreau: Director, Cinematographer/DP Patrick Moreau is a Creative Director and co-founder of Stillmotion in Portland, Oregon. A four-time Emmy Award winner and Canon Explorer of Light, Patrick has worked on a number of acclaimed films and projects, and strongly believes that powerful stories possess the ability to change the world. #standwithme is the first independent, feature-length documentary Patrick has directed.

Grant Peelle: Director
Grant is an Emmy-nominated filmmaker and Creative Director at Stillmotion. In the spring of 2011, Grant quit his job as a real estate agent to pursue his dream of storytelling and directed his first feature-length documentary, I’m Fine, Thanks. Since then he has been involved in the production of Showtime’s Emmy-winning documentary A Game of Honor and Stillmotion’s Pulse project which accompanied the release of the Canon C100. #standwithme is the first independent feature-length documentary that Grant has directed with Stillmotion.

To Learn More About Patrick Moreau and Grant Peelle and Their Film #standwithme, Visit:  www.standwithmemovie.com

Once in a blue moon a band comes along that can change the landscape of music itself, forging a pleasantly different direction. Blending a sweet mix of classic American and British infused rock, folk, and Eastern/Armenian tinges, The Dirty Diamond takes on a colorful musical journey.
Their soulful and melodic writing creates a vast space in the theatre the mind and heart.

The Dirty Diamond was formed by singer/songwriter Sam Babayan in 2006 and instantly gained a devout audience, performing in Los Angeles venues including the House of Blues, Troubadour, and El Rey Theatre. A stir of activity and touring stimulated the release of their self-titled debut CD in 2008. Soon after, the band caught the attention of LA based producer Matt Pszonak and work began on their sophomore release.

“Our Divine & Sovereign Mother” was released in the winter of 2011. From the Eastern-hughed opener ‘Calendar Expires’ to the lush ballad ‘Death Won’t Hurt’, Sam and company have taken Rock & Roll to new and exciting heights. Listen for yourself and experience their self coined ‘Brand New Vintage’ tunes during their November 2012 “Calendar Expires” Coastal Tour.

To Learn More About Our Musical Guest Sam Babayan and The Dirty Diamond, Visit: www.TheDirtyDiamond.com