WTF? Why The Face? with Guest, Dr. Todd Frisch; and Musical Guest, Jeremy Gilien on The LIFE CHANGES Show #547 Pg2 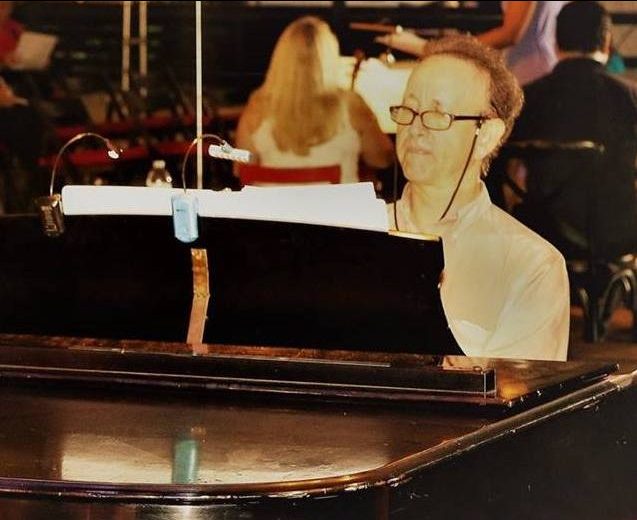 “WTF? Why The Face?” with Guest, Dr. Todd Frisch, Teacher, Speaker and Author of “A Practical Guide to Understanding Healthy & Personality Through Facial Diagnosis;” and Musical Guest, Composer Jeremy Gilien with a Musical Ensemble Performing His Works, on The LIFE CHANGES Show #547

JEREMY GILIEN and a MUSICAL ENSEMBLE:

Jeremy Gilien was a founding faculty member of the Los Angeles County High School for the Arts, and served as musical director of the music theater program until 2006, when he became director of music for the department of dance. He is the composer of three operas: The Magician, The Happy Prince, and Calcutta Rose (about Mother Teresa).

His Symphonice Suite from The Happy Prince was the winner of the 1997 Valley Symphony Composition Competition and received its premier under the baton of maestro Robert Chauls. His latest work for the stage is an operatic/political/circus farce entitled Civicus Dutius, which was premiered by the Cal State L.A.department of Theatre Arts and Dance.

He has been nominated for a Lester Horton Award for outstanding achievement in music for dance for his work with the choreographer Rudy Perez. Mr. Gilien has been director of music at Lynwood United Methodist Church, and currently serves as director of music of Downey United Methodist Church. He also serves on the music staff of University SDA church. He is currently staff accompanist at the Trudl Zipper Dance Institute of the Colburn School, the Colburn Dance Academy, and has played summer intensive training programs for American Ballet Theatre (ABT), Joffrey Ballet, and Cecchetti U.S.A..

Mr Gilien received an MA degree in composition from California State University, Los Angeles, where he studied composition with Byong- Kon Kim and served as a repetiteur for the opera workshop.

And JEREMY GILIEN – on Keyboard/Piano