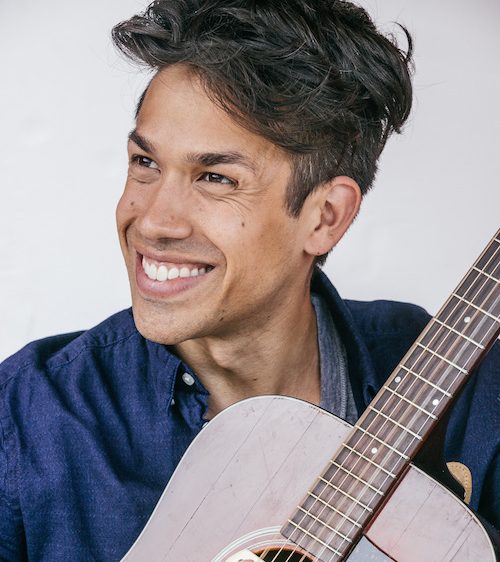 Ben Carroll is a Los Angeles musician – singer, composer, producer and multi-instrumentalist. His various studio and live projects range from Soul to Classic Jazz to upbeat sunny California Surf Pop, and more. He has played and does play around the world. He writes for commercials, TV and film. Write him and say hi: ben@bencarroll.com

Ben Carroll. You know him, right? That’s the feeling you get when you hear his music. He’s the guy next door who you’ve seen come and go and wondered about…There’s something to him that’s kind of special—kind of magical and connective on a level that you can’t quite put your finger on. There’s a slew of hidden worlds within this one man.

When you hear Ben’s music, you feel like you are really being sung to. Ben makes it personal for you, like he’s sitting in your living room with a guitar on his lap. And on the tunes when the whole band plays, it sounds like they’re playing just for you, the music creating an atmospheric presence that invites you in and gently closes around you.

Such is the experience on “Letter From Memphis,” the fifth cut on Carroll’s latest record, the independently released Lighting Bonfires. The rolling, twangy fingerpicked guitar, ticking drums with a steady shaker, and country blues double bass resound a lullaby that is both uncomfortable and settled. As he sings the opening lines, Ben’s sense of a home scattered throughout the world is painted like a postcard for you, evoking the emotions he felt while writing the song on tour in Memphis. For Carroll, home is less of a place and more of a connection shared with others:

It’s 9:26 in Budapest but here the stars are out
And the Memphis skyline’s flickering like it never deals with doubt
And it’s certainly an interesting way to pass the time
Two heartbeats closely listening for a reason and a rhyme

The son of two Grammy-winning parents (“Afternoon Delight,” 1976), Carroll’s power of craft comes fully to light on “Child at Heart,” track two on Lighting Bonfires. With a two-step stompy groove that drives the song, Ben defiantly declares his penchant for whimsy as he sings:

Later on, you hear Ben’s super-ego kicking in, giving a window into the artist’s search for balance between the heart and the head. Says Carroll about “Child at Heart,” “You can show up on time, do what you say, and still fly over mountains dressed like Dr. John in a headdress, sucking a lollipop and clapping your feet.”

“What I loved about doing it how we did it this time was, essentially, doing it live. I played with guys that I’d played with often around town for the past three years before recording in New York, and a lot of the songs we had played together dozens and dozens of times at shows. And that’s how we recorded them. Everything was one take, with very few exceptions, and I feel like that really translates…the record sounds really good. We did it with energy, all together.”

Lighting Bonfires also tells a great social success story. Ben’s fans paid $22,455 in a Kickstarter campaign to make the record happen. Backers from around the world told Ben, through their pledges, that they wanted to hear this music. This release marks the fulfillment of Ben’s promise to give his fans a record that provokes an immediate and deep connection with what it means to be human in some way.

Though Lighting Bonfires marks the achievement of new milestones in production and collaboration, Ben Carroll is not a newcomer to the industry. He has steadily toured North America and Europe as a solo act since 2004. He released his debut solo album Lover Undercover in 2005 and his followup Real Thing in 2007 (on UK label Blue Cloud Records), which was #1 for five weeks on AAA FM Radio in Ohio and was played on over fifty radio stations in the US and Europe. Ben’s songs have also been featured in television and film, including Pier’s End Productions’ 2008 release Wake, which premiered at the Tribeca Cinema in New York City.

More About Ben Carroll at www.bencarroll.com